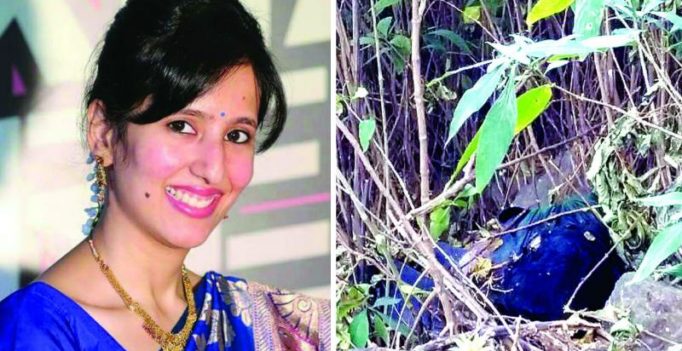 A file photo of Rachita Gupta Kanodia. (Right) The place where her trekking bag was found.

Hyderabad: A missing woman trekker and marathoner from the city, Rachita Gupta Kanodia, was found dead near a hill in Panvel Taluk police station limits of Maharashtra’s Raigad district.

Police said that prima facie it appears to be an accident wherein she slipped and fell from a height. However, questions related to why she went alone for the trekking trip contradict the information given to the family that she was going with a group. Why she chose a Friday as opposed to Saturday and Sunday also begs answer.

Rachita Gupta Kanodia, 27, wife of businessman Amit Kumar Kanodia, was a resident of Avanthinagar in Basheerbagh. She left Hyderabad on November 25 for trekking and went missing on November 29. Her body with a head injury was retrieved on December 6 after a massive search operation of seven days. The last rites were conducted in the city.

Panvel taluk senior police inspector Baloji Bapusaheb Shinde told this newspaper over phone, “Prima facie the death appears to be an accident. We are still investigating why she came alone though. She said she is going with a group. Initially, a missing complaint was filed by the family at Narayanguda police station in Hyderabad.”

Trekker’s climb was at a place few venture into
Mr Amit Kumar Kanodia said his wife Rachita Gupta was an avid trekking fan. Rachita was found dead near a hill in rural Panvel in Maharashtra’s Raigad district

He said she had gone on a trek in September last year, and had also taken part in marathons. “For the past six months she has been into trekking, guided by her mentor Vivek Gupta. It was her passion. She might have slipped while climbing the hill,” he said. Remains of equipment carried by Hyderabad trekker Rachita Gupta Kanodia lie scattered at the site from where her body was recovered (Photo: via Web)

About the trek that took her life, Mr Kanodia said, “She went on the trek when I was away in Dubai. She sent a message about the location on Whatsapp. But her mobile phone tower location was showing a different place,” he said.

Mr Kanodia added, “Usually on Saturdays and Sundays there are a large number of trekkers. On Fridays, there are fewer. She may have wanted to do it by herself as she knew the place. She may have slipped and suffered a head injury and probably died instantly. She was supposed to have returned on Tuesday. When the family was not able to reach her, we approached the police.”

He said Rachita, a home-maker, was helping his father.  “She was a fitness enthusiast. Yes, she told the family that she is going with a group,” Mr Kanodia said, adding, “Whenever she returned from a trek she used to show us the pictures.”

A team of Narayanguda police led by sub-inspector Koppu Saidulu was part of the search operation for seven days.  Mr Saidulu said: “It must have been an accident. She told her in-laws and went trekking. The tower locations were found near Prabhalghad fort. We took noted trekker Vivek Gupta of Hyderabad with us. Around 15 trekkers also came from Mumbai. A 50 member-team was formed,” Mr Saidulu said Rachita went into a part of the forest where few even venture. A case under Section 174 of the CrPc has been booked at the Panvel Taluk police station. “We asked her parents whether there were any problems. They said they were not aware of anything like that. Her husband had started a business in Dubai and visited the UAE often. Soon after he came to know of the death, he flew into Mumbai and joined us in the search,” he said.

In 2015, Mr Gupta, 31, a lab technician, and Shashidhar, 27, a software engineer, part of an 11-member trekking team from Hyderabad, had gone missing in Chikamagulur in Karnataka and were found later, safe but dishevelled.

Panvel taluk senior police inspector Baloji Bapusaheb Shinde said: “Police teams from here and Hyderabad searched through CCTV footage at airports and confirmed that she had landed in Mumbai on November 25. Later, from CCTV footage, a taxi was identified which bought her to Panvel. The mobile phone tower location had also shown the area. We searched the jungle and found the body on the side of a cliff. After a post-mortem the body was taken to Hyderabad.”

Police found a trekking bag and a mobile phone that had been turned off. It was a three-hour trek to reach the old Prabalgad fort where the body was found.

Mr Shinde said: “The body was found near the Prabhalghat fort. The peak is at a height of 3,000 feet and the body found at about 100 feet from the peak.”

The girl’s father, Sajjan Kumar Gupta, who lives at Manasarovar Heights, Trimulgherry, refused to comment. The griefstruck family said that the funeral was done on Wednesday. 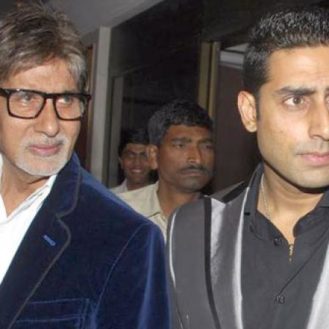