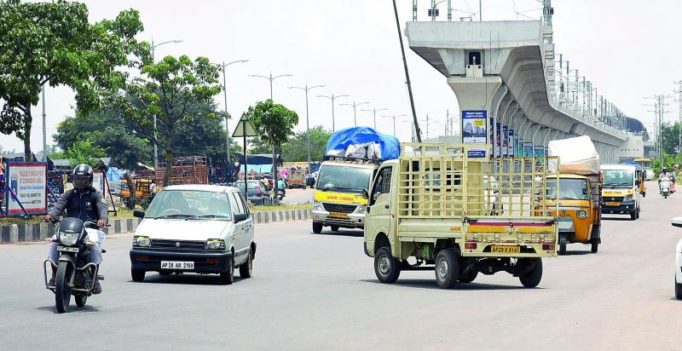 An auto goes the wrong way in heavy traffic at Miyapur on Tuesday. (Photo: DC)

Hyderabad: Lack of signaling, infrastructure on roads for pedestrians and faults in road engineering are leading to fatal accidents at a few places on the IT corridor. In particular the stretch from Miyapur junction to BHEL junction on the New Bombay Highway, under the jurisdiction of KPHB, Miyapur and Chandanagar traffic police stations, is becoming a spot for accidents. In the first six months of this year, about 38 major accidents occurred on this road, claiming 12 lives.

Miyapur police registered 61 accident cases up to July 31, 2016 in which 21 deaths occurred. August itself witnessed six deaths on the highway between Miyapur and Gangaram. Along the highway from Miyapur to BHEL, there is poor infrastructure in terms of road safety. At most of the places like Alwynn Colony junction in Miyapur, My thrinagar, Madinaguda and Gangaram, there are no footpaths available for pedestrians and no caution boards installed at accident-prone zones for pedestrians who try to cross the road.

Due to the slope at Miyapur to Alwynn Colony junction and from there to Madinaguda, motorists are not able to restrain themselves from speeding. As police closed a few U-turns along the road, some motorists are using the wrong side to avoid going till the gap in the median, leading to accidents. Kukatpally Traffic ACP Pagadala Ashok told this newspaper that they had been asking the National Highway of India to take steps to prevent accidents at identified spots. “By increasing the height of the dividers, and installing boards and central lighting system is the only solution. We are doing our best to control traffic and prevent pedestrians from crossing roads at accident-prone zones,” he said.

Most of the accidents on the six kilometer highway from Miyapur to BHEL junction happened during early hours of the day and in the evenings.
Recently, a sanitary worker of GHMC Ms. Narsamma died when a poultry van hit her in the early hours near Gangaram. At the same spot, another woman had met with an accident while crossing the road and died. A scientist from Tamil Nadu, a private employee Mr. Sandeep and a youth by name Raju died in accidents at Miyapur while crossing roads.

Roughly 10 persons were injured this month due to accidents at Miyapur and Chandanagar limits. On the other hand, few accidents were reported under the jurisdiction of Gachibowli, Kukatpally and Raidurgam traffic police stations given perfect road engineering and adequate infrastructure like proper footpaths, signboards and dividers that help pedestrains in crossing the roads. Gachibowli police registered only two major accidents and no deaths in the first six months of this year. 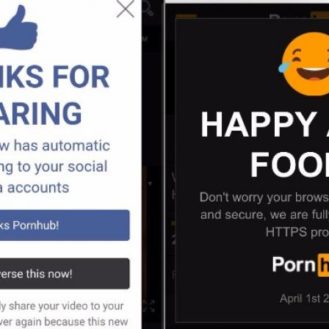