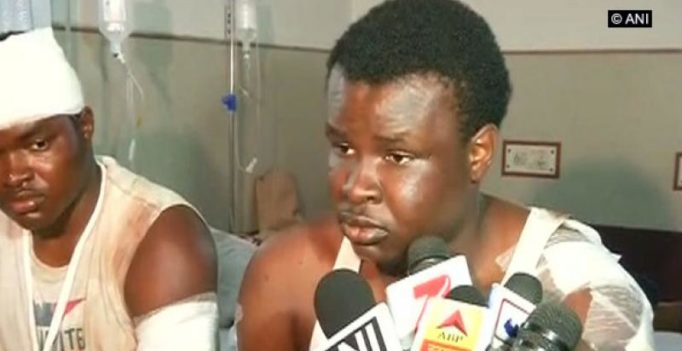 The Nigerian national who was assualted by a mob on Monday (Photo: ANI)

New Delhi: The Nigerian national who was assaulted in Greater Noida on Monday, said they had no clue as to what had prompted the attack on them and added that no one helped them or called the police while they were being beaten up.

“We don’t know why we were assaulted; the mob hit us with rods, bricks and knives. We asked the people around for help, but not one called the police. Even our college did not help,” said a Nigerian national who was attacked.

“Nobody tried to assist us or tried to help. Even earlier, people in my society people used to say that we should leave this country. I have no words for people like this,” said another Nigerian national.

“I think this is barbaric and highly racial motivated attack towards the African students in India. What has happened is false perception and false ideology about African people. We are accused of abductions and murder.. It is a hate crime towards us. We are in touch with the African Union chairperson. We are going to give a detail report and also in touch with the local African media so that we can give information,” Jack added.

The incident comes as locals protested following the death of a Class 12 student in Greater Noida’s NSG Black Cats Enclave due to suspected drug overdose and five Nigerian students living in the neighbourhood were booked – and later detained – in connection with the case.

The students were later released for lack of evidence. Over 100 locals held a protest at the busy junction demanding that all Africans living in residential colonies in Greater Noida be asked to vacate their rented houses immediately.

Meanwhile, as many as five persons were arrested in connection with the assault on four Nigerian nationals in Greater Noida.

External Affairs Minister Sushma Swaraj has said that she has spoken to Uttar Pradesh Chief Minister Yogi Adityanath about the attack on four Nigerian students in Greater Noida and he has assured fair and impartial probe into the matter.

“I have spoken to Yogi Adityanath ji Chief Minister of Uttar Pradesh about attack on African students in Greater Noida. He has assured that there will be a fair and impartial investigation into this unfortunate incident,” Swaraj tweeted.

Swaraj yesterday sought report from the Uttar Pradesh Government over the attack on four Nigerian students, who sustained severe injuries after being assaulted by a group of local residents in Greater Noida’s Pari Chowk area.

“I have asked for a report from Government of Uttar Pradesh about the reported attack on African students in Noida,” tweeted Swaraj. 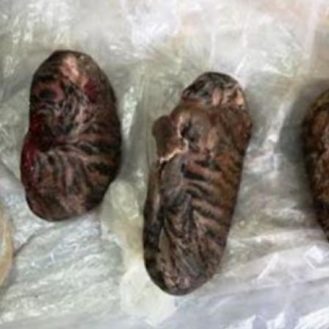