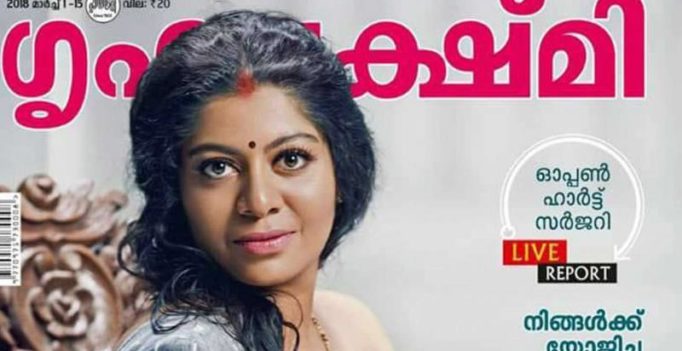 Kerala High Court said in a statement, “There is no obscenity in a woman breastfeeding a baby, obscenity lies in the eyes of the beholder”. (Twitter/Grihalaxmi)

Malayalam magazine ‘Grihalaxmi’ finally breathed a sigh of relief when the Kerala High Court ruled out a case of obscenity against them for showing a model breastfeeding a child on their cover.

‘There is no obscenity in a woman breastfeeding a baby on ‘Grihalaxmi’ magazine cover, obscenity lies in the eyes of the beholder,’ Kerala High Court said in a statement on Thursday.

A bench of Chief Justice Antony Dominic and Doma Seshadri Naidu said in its judgment, “We look at the picture, like we look at paintings of artists like Raja Ravi Varma. As beauty lies in the beholder’s eye, so does obscenity, perhaps.

“What may be obscene to some may be artistic to other; one man’s vulgarity is another man’s lyric, so to say…. May we observe, Indian psyche has been so mature for ages that it could see the sensuous even in the sacred. The paintings in Ajanta and the temple architecture are cases in point,” the judges added in the statement.

The cover picture showing model-actress Gilu Joseph breastfeeding sparked a massive controversy in March and a case was registered against the magazine and the model for being ‘indecent’.

Joseph said in an interview to NDTV, “I was slut shamed, was termed a blue-film actor. My mother was called names. But I knew I would have to hear all this. I took it in my stride. This issue is about breastfeeding and it’s an important cause. There is no question of regretting anything. This is my work. I have cared in films as a mother, what’s so different about this.”

The case was posted for hearing on March 16.

Advocate Nobel Mathew said he filed a complaint in the Kollam Chief Judicial Magistrate (CJM) court against the magazine and the model-actress Gilu Joseph. The charges were filed under Section 3 and 4 of indecent representation of women (Prohibition) act 1986.

“The case was filed before the CJM Kollam for offence under sects 3 and 4 of Indecent Representation of Women Act,” Mathew told PTI back in March.

The model was featured in ‘Grihalakshmi’, a sister publication of leading media group ‘Mathrubhumi’.

The magazine had featured Joseph, also an air-hostess, breastfeeding the child without covering her breasts as part of a campaign to end the stigma attached to it, igniting a massive debate.

The women’s magazine had also launched a ‘challenge’ urging women to send pictures of them breastfeeding children as part of its ‘breastfeed freely’ campaign.

Besides the model, the magazine also carried the photos of Amritha, a 23-year-old Keralite homemaker breastfeeding her one-and-a-half-month-old daughter in a similar way.

In January, Amritha’s husband Biju, in his Facebook page, had shared a photo of her breastfeeding their child, urging to end the stigma attached to open breastfeeding.

The magazine drew inspiration from the couple’s bold act to launch the unique campaign.

In the article, titled ‘Don’t stare, we want to breastfeed’, the magazine also quoted a number of women from various walks of life including professionals and homemakers

It also carried a detailed article by award-winning writer Indu Menon in this regard.

Joseph, 27, said she dedicated the pictures to all mothers who are “longing” to breastfeed their children freely and with pride.

“I will happily accept and celebrate all the possible criticism which would come in the name of this campaign and the pictures,” she had said in an interview back in March.

The model said though she was neither married nor had children, she had no hesitation in accepting the assignment for the cover-shoot when she got a call from Grihalakshmi.

Joseph said she was pretty sure that what she was doing was not wrong.

“Every mother should celebrate their motherhood. When I was called for the shoot, I had no hesitation. Do you think unmarried women cannot pose for breastfeeding shoots,” she asked.

Pointing out that she had all respect for women who cover themselves while breastfeeding their children, she said they wanted to send a message across that “if you are in a public place, do not worry to feed your child”.

The cover-shoot and the campaign triggered a raging debate on social media. While a large number of people especially women supported the ‘bold’ and ‘progressive’ attempt by the magazine, some others criticised it for choosing a model for the cover-shoot instead of an ordinary mother.

Writer and activist Rahul Easwar described the magazine’s attempt as a ‘commercial gimmick’ in the name of breastfeeding.

“This is commercialisation of human body,” he said.

Some trolls said it was obscene and vulgar.

Australian Senator Larissa Waters, from the left-wing Greens party, had breastfed her daughter during a vote in the federal Senate chamber in May last year, which was widely reported by the international media. 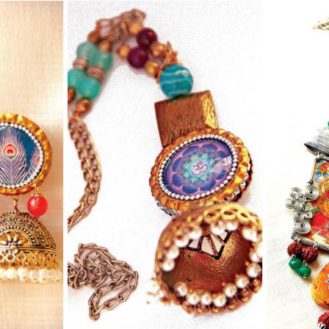