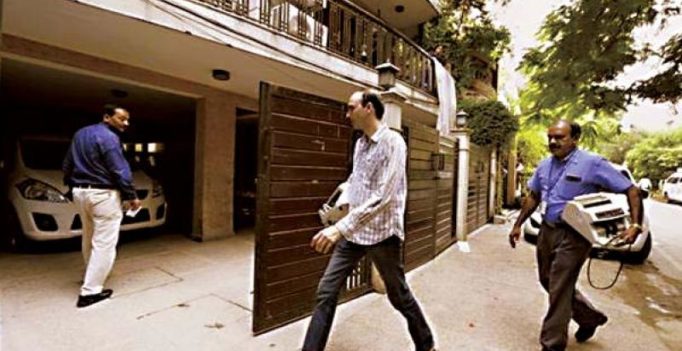 IT sleuths at D K Shivakumar’s house in Sadashiv Nagar on Wednesday.

Bengaluru: Lashing out at Prime Minister Narendra Modi and BJP national president, Amit Shah, AICC spokesperson and Gujarat Congress leader, Shaktisinh Gohil on Wednesday charged that former duo were “misusing power out of desperation” and that the timing of IT raid on energy minister, D. K Shivakumar at the resort was nothing but an act to intimidate them (Gujarat MLAs) ahead of Rajya Sabha polls on August 8.

Speaking to reporters at the premises of the plush resort where 44 MLAs from Gujarat are lodged,  Mr Gohil alleged that it was an attempt to threaten them.

“Look at the timing of the raid, that too when he is staying with us in a resort. If there was something against D. K. Shivakumar, he has been a businessman for 30 years and files Income Tax returns regularly.  Has he committed any murder? The way IT sleuths swooped in, it is a clear case of political vendetta,” Gohil argued.

He further questioned angrily that if the IT sleuths had to do something in connection with the case, couldn’t they waited for another couple of days before they left this place?

According to him, this raid was not procedural, it was to threaten MLAs and give a loud and clear message in Gujarat that when they  can conduct a raid on a minister where Congress has it’s  government, anyone who stands by MLAs from Gujarat will not  be spared.

No political influence in the process?
The IT raids on Energy Minister DK Shiva Kumar has raised a new controversy in the raging battle between the Congress and the BJP. While one concedes that there needs to be a war against unaccounted wealth,  it is critical that the process has no whiff of political influence.  There seem to be too many coincidences to believe that there are no political overtones to the raids .

While the Congress and it’s leaders will have a lot  of answering to do, it would also be incumbent on the Central government to provide transparent proof of investigative agencies acting independently.

Questions also arise on how Ministers at the Centre have immediate access to what happened during the raids, as is evidenced in the comments made in Parliament.

The episode brings back to the centre stage the question of the autonomy and independence of investigative agencies. These agencies not only need to act independently of those in power , but need to instill confidence in the public that they are actually acting independently.—Sandeep Shastri

The BJP is indulging in an unprecedented witch-hunt to win one Rajya Sabha seat. After using the state machinery and every other agency, these I-T raids show their utter desperation and frustration—Ahmed Patel, senior Congress leader 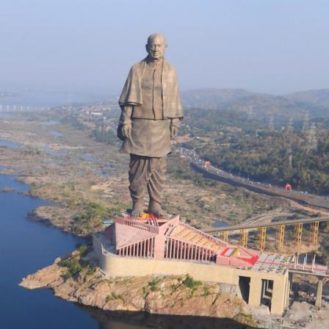 The 182-metre structure of Sardar Vallabhbhai Patel is touted as the world’s tallest. (Photo: @PMO/Twitter) Ahmedabad: Prime Minister Narendra Modi will unveil the ‘Statue of…