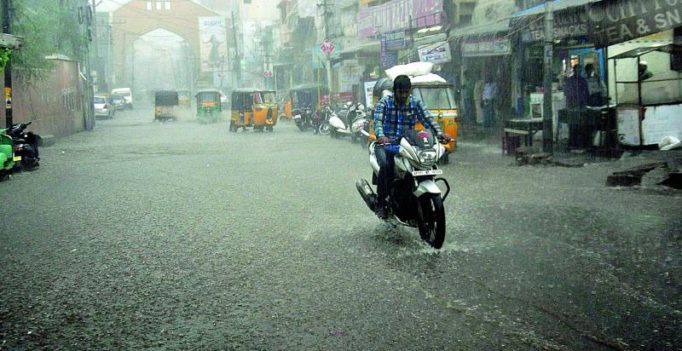 Hyderabad: After a break in the monsoon, Hyderabad received rains on Thursday afternoon. The Met department has issued a heavy rainfall warning for Coastal Andhra Pradesh while light to moderate rainfall in Telangana is expected in the coming days. The two states will continue to receive rains for the next four-five days.

Though it rained during non-peak hours, the pothole-filled roads brought down vehicle speed, the drizzles also caused traffic jams after 5 pm. For Hyderabad, the Met department has forecast generally cloudy skies with one or two spells of rain. Maximum and minimum temperatures are likely to be around 31 and 23ºC.

In Telangana, Nalgonda, Adilabad, Nizamabad and Khammam districts received good rains on Thursday. However there is no heavy rainfall warning for TS.
Meanwhile in Andhra Pradesh, except for coastal areas, it remained dry in most parts of the state Thursday.

However, in the last 24 hours most parts of the state recorded few good showers. From 08:30 am on Wednesday, Machilipatnam received 12 mm rainfall, Vijayawada 4.4 mm, Ongole 3.6 mm and Vishakhapatnam and Kakinada 0.3 and 0.2 mm of rain respectively.

Andhra Pradesh till now has received 11 per cent less rains than normal. However, possibility of rains over the region in the coming days is likely to reduce this shortfall. 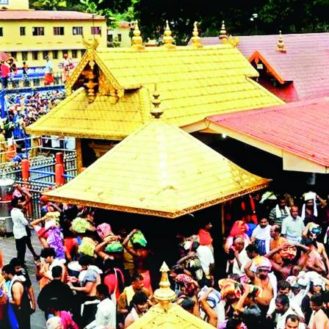 Stephanie Jaeger had initially thought she was in pain due to a kidney stone. (Credit: Facebook) A couple got the biggest surprise of their lives…