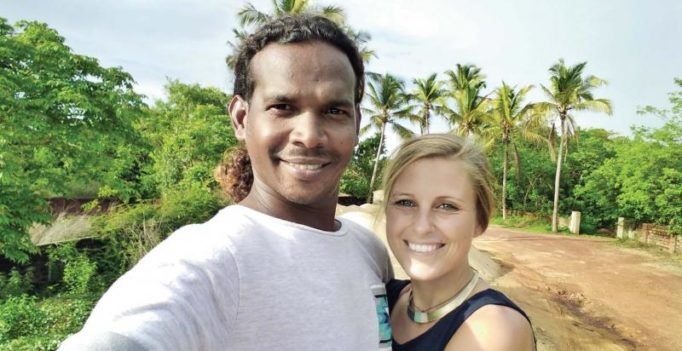 He is the youngest of five children born into a fishing community. He grew up by the ocean, and has been spending his time for a decade in Mahabalipuram catching the waves. Tamil boy Mukesh Panjanathan, dearly known as Mumu, is now a favourite surfing teacher for many surfing enthusiasts — not just in the country, but also around the world. One day he met Anna Goetzke, a German traveller, who also shares Mumu’s love for the oceans. What started with a chai between the two surfers, soon turned into love, today the couple runs the Mumu Surf School — and most importantly — includes local community children in taking care of their ocean by cleaning it up. This Madras Week, we celebrate this couple and their efforts to protect the waters around Tamil Nadu.

“I come from a family of fisher-folk, and the love for the ocean comes from within because we spent a lot of time right from childhood around water. It has become a part of our souls. Whenever there was no school, I used to go along with my family fishing. Later on, I took up surfing professionally. I was on my daily routine, teaching the local children surfing when I met Anna who had come to visit Mahabs. We began to talk over a cup of chai and it has come a long way now. Anna has been visiting the town for two-and-a half-years now. She’s an amazing lady, and is my motivation,” Mumu says fondly recalling his meeting with Anna.

Anna, who is on a tourist visa in the country, assists Mumu with ideas during her time in Mahabalipuram and spends time with the children in the local community by involving them in beach clean-ups. “I have been snowboarding for a few years now and have travelled around the world for the love of visiting new places. But after meeting Mumu at Mahabalipuram, the place felt like home. That is why I decided to come back to India after that first trip. We still start each day with a cup of chai,” Anna shares with a hearty laugh.

For the children in the local community who want to learn surfing, they have an interesting deal —”We know the local children can’t afford surf boards, so we ask them to help us in cleaning up the beach, and in turn they get to use the boards for free. It’s to encourage them to feel protective about nature and care for the water around,” Anna adds. The couple is excited about the future of surfing in the country, and equally excited about theirs. “There was a surfing competition that I won, and was gifted a ticket to travel to anywhere in the world. I have been hoping to visit Anna’s parents in Germany but haven’t been able to get a visa so far. We plan to get engaged sometime soon!” Mumu says with joy. But they still have time and don’t have to rush as people don’t get engaged at just 25 in Germany, Anna adds with a smirk! 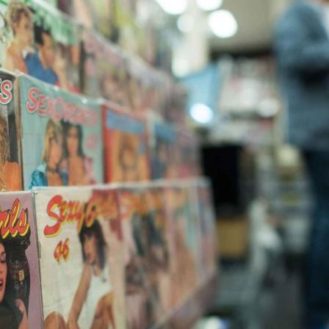