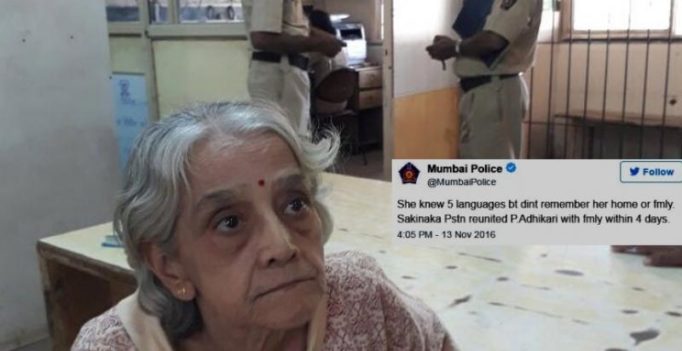 Mumbai: Although the police force in our country has often been criticised for various reasons including corruption, incompetence and brutality against people, there are few cops who have been setting examples by their honesty and dedication to serve people and have been praised for the same.

The Mumbai Police department is being lauded for a while on the social media at times for its witty tweets and social media campaigns as well as for its swift action on complains. It’s now being praised all over Twitter for reuniting an elderly woman with her family.

The old woman named P Adhikari was separated from her family when she got lost due to her weak memory, as she could speak five languages but wasn’t able to find her way home. While such a situation can be scary in a city like Mumbai, Sakinaka police personnel made sure that they took her home despite her inability to recollect anything.

As soon as this news created a buzz on social media, love and respect for Mumbai Police started pouring in on Twitter.

While several actions have adversely affected the trust between common people and the police, some actions by authorities are being seen as a ray of hope. 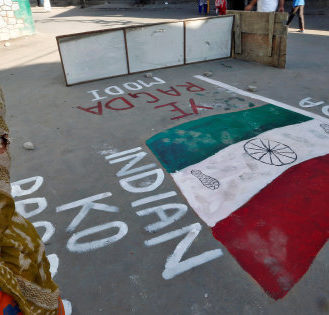