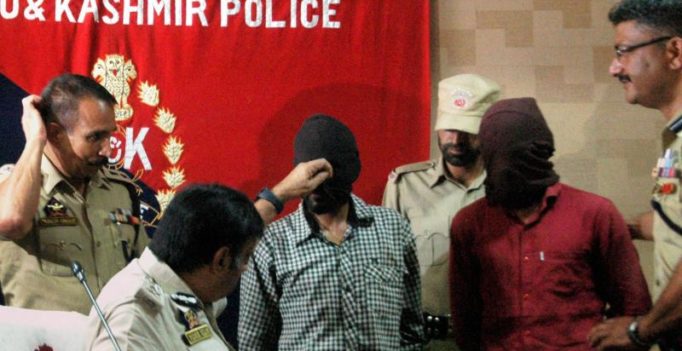 Police present first non-local Lashkar-e-Taiba (LeT) militant Sandeep Kumar Sharma, belonging to Uttar Pradesh, and Muneeb Shah of Kulgam, who were arrested during an encounter, at a press conference in Srinagar on Monday. (Photo: PTI)

Muzaffarnagar: The mother of Sandeep Kumar Sharma, arrested by the Jammu and Kashmir Police for being a Lashkar-e-Taiba (LeT) operative, says her son should be punished if he is a militant.

Sharma’s mother Parvati and sister-in-law Rekha were interrogated by a team of the Uttar Pradesh Anti-Terrorist Squad (ATS) and released from custody late on Monday night, police said.

“If my son is a militant he must be punished. Due to his actions we are facing problems and shame,” Parvati said in Muzaffarnagar after her release.

Both Parvati and Rekha work as domestic workers in the district. Sharma, alias Adil, had left the district in 2012 and told his family that he was earning Rs 12,000 per month in Jammu.

His father died in 2007 and his brother is a taxi driver in Haridwar, police said.

Women police officers have been deployed at his residence and are keeping a close watch on the family. 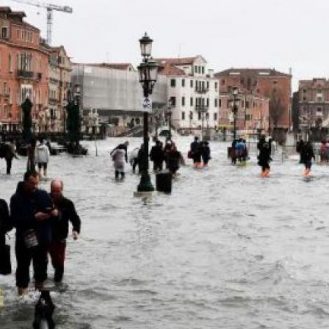