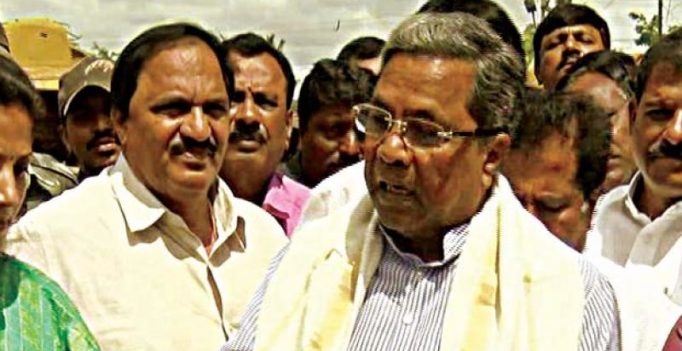 Bengaluru: The coming by-election to Nanjangud Assembly constituency is said to be one of the main reasons for revocation of the suspension of former Mysuru ZP president, K Mari Gowda from the Congress Party.

Karnataka Pradesh Congress Committee General Secretary N.S. Bhosraju on Friday revoked the suspension of Mr Mari Gowda who had reportedly abused deputy commissioner C. Shikha in public in Mysuru, following which she had filed a police complaint. The accused went into hiding for more than one month and later surrendered before the police. He was remanded to judicial custody and came out of jail after securing bail. This incident had embarrassed Chief Minister Siddaramaiah who had claimed that Mr Mari Gowda was ‘not close to him’. Mr Mari Gowda had stayed away from his ‘political guru’ for two to three months but made a sudden appearance at a function held in Mysuru recently. Since then he had been seen with the CM at almost all public functions held in Mysuru.

Sources in the Mysuru DCC told DC  that both Mr Mari Gowda and Mr Siddaramaiah belonged to the same community and enjoy good chemistry. Mr Mari Gowda was one of the most trusted lieutenants of the CM and looks after the constituency in the absence of his mentor. In fact, Mr Mari Gowda was a strong contender for the post of chairman of a board/corporation and would have got it had he not gone to jail.

Recently, a delegation from Mysuru met the CM and requested him to make Mr Mari Gowda chairman of a board/corporation. It is learnt that he had told the Chief Minister that he did not abuse the lady IAS officer but only told her to expedite development works. The Chief Minister is said to be satisfied with his ‘confession’ and directed Mr Bhosraju to revoke the suspension. The sources said Mr Siddaramaiah required the services of Mr Mari Gowda in the Nanjangud bypolls due to his contacts with people as president of Mysuru Zilla Panchayat. Besides, the Siddaramaiah camp needs him to take on former minister, Mr V Srinivasaprasad, a  popular dalit leader. 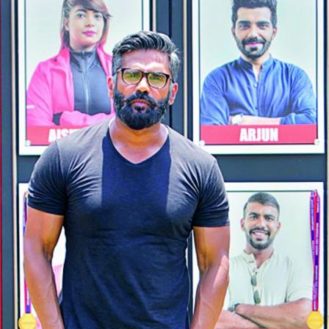