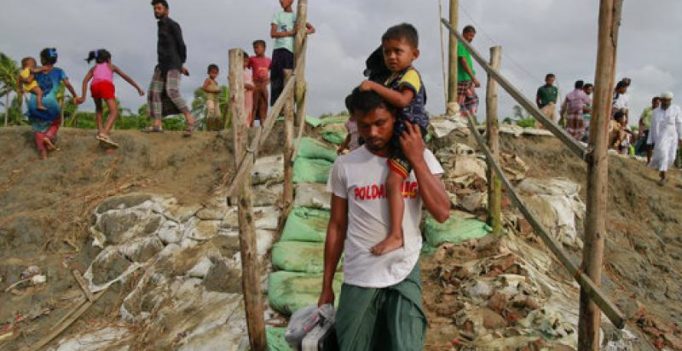 A Rohingya man carrying his son and belongings walks through a broken road after crossing the Bangladeshi border at Shah Porir Deep, in Teknak, Bangladesh. (Photo: AP)

Cox’s Bazar (Bangladesh): Nearly 400 people have died in fighting that has rocked Myanmar’s northwest for a week, new official data show, making it probably the deadliest bout of violence to engulf the country’s Rohingya Muslim minority in decades.

Around 38,000 Rohingya have crossed into Bangladesh from Myanmar, United Nations sources said, a week after Rohingya insurgents attacked police posts and an army base in Rakhine state, prompting clashes and a military counteroffensive.

“As of August 31, 38,000 people are estimated to have crossed the border into Bangladesh,” the officials said on Friday, in their latest estimate.

The army says it is conducting clearance operations against “extremist terrorists” and security forces have been told to protect civilians. But Rohingya fleeing to Bangladesh say a campaign of arson and killings aims to force them out.

The treatment of Myanmar’s roughly 1.1 million Rohingya is the biggest challenge facing national leader Aung San Suu Kyi, accused by some Western critics of not speaking out for a minority that has long complained of persecution.

The clashes and ensuing army crackdown have killed about 370 Rohingya insurgents, but also 13 security forces, two government officials and 14 civilians, the Myanmar military said on Thursday.

By comparison, communal violence in 2012 in Sittwe, the capital of Rakhine, led to the killing of nearly 200 people and the displacement of about 140,000, most of them Rohingya. 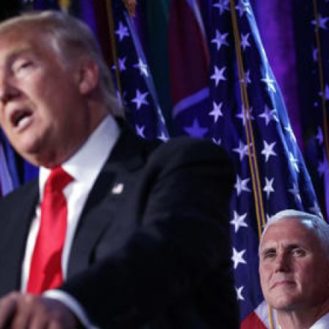 Eric Favre launched Nespresso in 1986 (Photo: AFP) Had Eric Favre not married an Italian woman, it’s possible none of us would be drinking Nespresso….