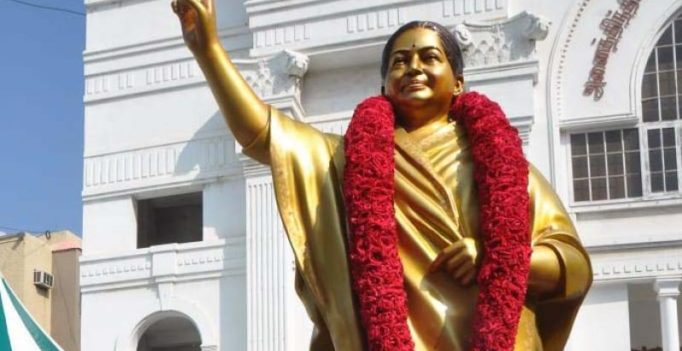 Chennai: A new statue of AIADMK supremo and former Chief Minister J. Jayalalithaa was unveiled at the party headquarters here in Royapettah on Wednesday, replacing the previous statue which drew flak for having least semblance to the charismatic leader.

The new statue is placed near the statue of party founder and former Chief Minister M. G. Ramachandran at the entrance of the AIADMK headquarters. It is made of bronze and weighs around 800 kg, a little more than the earlier one, and measures eight feet in height. AIADMK coordinator and Deputy Chief Minister O. Panneerselvam and Joint Coordinator Edappadi K. Palaniswami, who unveiled the statue, paid floral tributes to the new statue of ‘Amma’ as Jayalalithaa is called by her party members, in the presence of senior leaders, including MPs and State ministers.

Both Mr Palaniswami and Mr Panneerselvam felicitated sculptor Rajkumar of Telangana, who had designed the statue.

Jayalalithaa’s statue was first installed on Feb. 24 last coinciding with her 70th birth anniversary. But, it drew spontaneous criticism from several quarters as it did not resemble the leader. Thereafter, the party decided to replace it with a new one for the six-time chief minister of Tamil Nadu.

The golden-hued new one does look like the former AIADMK supremo. The party leaders, clad in spotless white dhotis and white shirts, stood at her feet with folded hands. After the CM and his Deputy unveiled the statue, and left the party headquarters, cadres rushed to the statue and showered rose petals while some attempted a quick selfie.

Jayalalithaa, who was sworn-in as CM for the sixth term on May 23, 2016, died in office on Dec. 5, 2016 at 68 years following a cardiac arrest. Her followers fondly refer to her as Puratchi Thalaivi, meaning revolutionary leader. 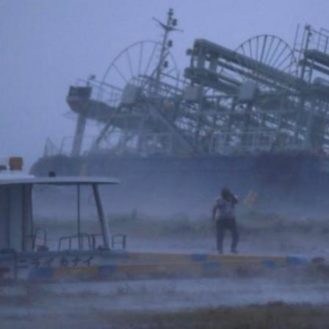