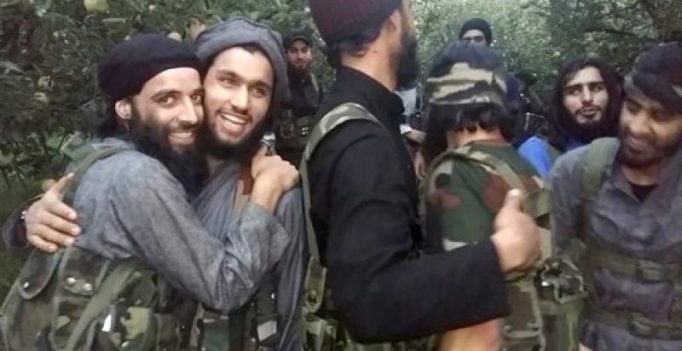 Hizbul Mujahideen Militants greets eachother while displaying weapons which they snatched from police personnel in various attacks, at an apple field in South Kashmir on Wednesday. (Photo: PTI)

Srinagar:  A new video of Hizbul Mujahideen showing a group of armed terrorists, greeting and hugging each other, has surfaced on social media in a reminder of the campaign by their young leader Burhan Wani who was killed by security forces in July.

In the four-and-a-half minute video, 12 terrorists are seen in an orchard, carrying weapons, including INSAS rifles which were apparently stolen or snatched from police personnel. They are seen laughing and hugging each other.

Burhan Wani, 22, actively used social media to recruit young Kashmiri men – he featured in videos and photos with weapons and taunting security forces, which were circulated on Facebook and WhatsApp.

In another video which surfaced recently, Hizbul Mujahideen’s new leader Zakir Rashid Bhat, also known as “Musa”, is seen asking young men and women to join the terror group and encouraging them to steal or snatch rifles from security forces.

In the past few months, there have been a number of incidents in which weapons were snatched or stolen from police and security personnel in the state.

At least 67 rifles have been snatched so far. These include INSAS and Carbine rifles, which are exclusively used by the police and security forces. 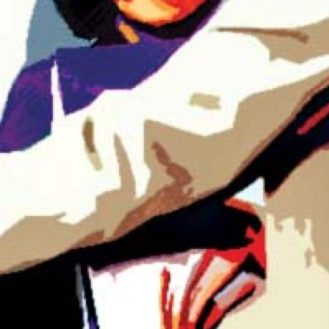