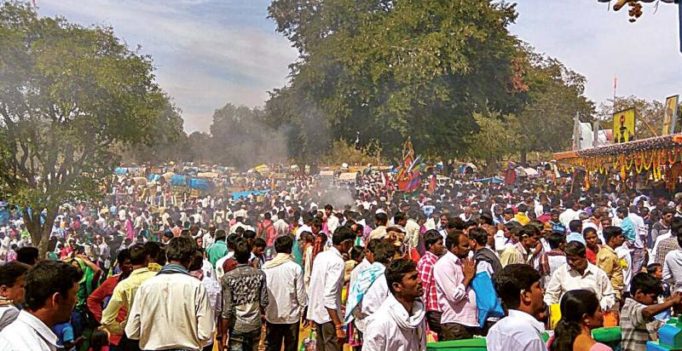 Bengaluru: The Beladakuppe Madeshwara temple every year plays host to a ‘Jathre’ which sees more than a lakh people at the shrine. That is something that is not common. But the shocking fact is that this temple is situated right inside the Bandipur National Reserve, which is an ecologically sensitive area.

With this influx of people, the wildlife sanctuary is burdened with mounds of waste. Loudspeakers blare throughout the day, and numerous events, like orcheshtra, Dollu Kunitha, Nagari Tamate Mela, Beesu Kamsale Mela, processions of math seers and cars of various deities and cattle mela, are held throughout, disturbing peace in these pristine forests. It is an annual event and happens right in the core zones of the tiger reserve.

Over 1.5 lakh people and about 50,000-1 lakh cattle gather in the forests. People reach the temple by walk, bullockcarts, two-wheelers, autorickshaws, jeeps, cars, tractors, lorries and buses.

Around 10-15 thousand vehicles were at the venue this year and they were parked at every open space in the forest. Traders from surrounding districts too had arrived to sell their ware.

A local activist who did not want to be named said, “On November 28, H.D. Kote MLA Chikkamadu and his goons forced their way into the forest with hundreds of his supporters. These people created a ruckus inside the forest. With such a huge influx of people and cattle, wildlife can come in contact with various diseases, like foot and mouth, canine distemper, rinderpest, anthrax and others.” 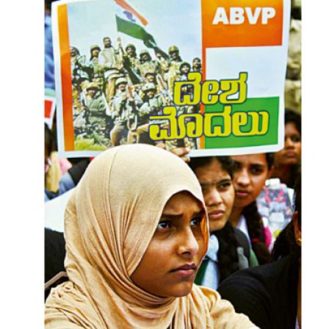