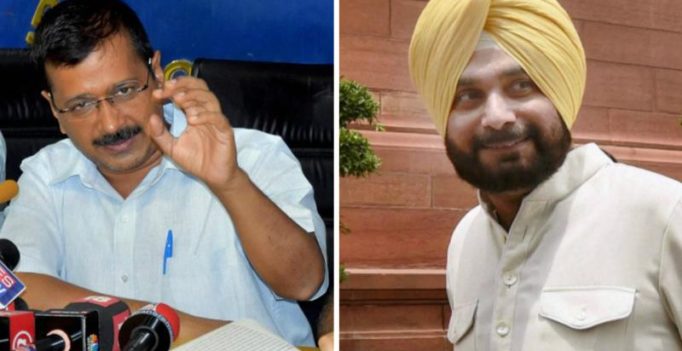 Kejriwal said Sidhu needed time to think if he wanted to join the Aam Aadmi Party.

Kejriwal said his respect for Sidhu, who met him last Friday at his residence, will continue irrespective of whether “he joins (AAP) or not”.

His comments come close on the heels of reports that the cricketer turned politician may ditch AAP and join Congress instead.

Earlier, the AAP chief had said that talks of Sidhu becoming the party’s face in Punjab were “premature”. 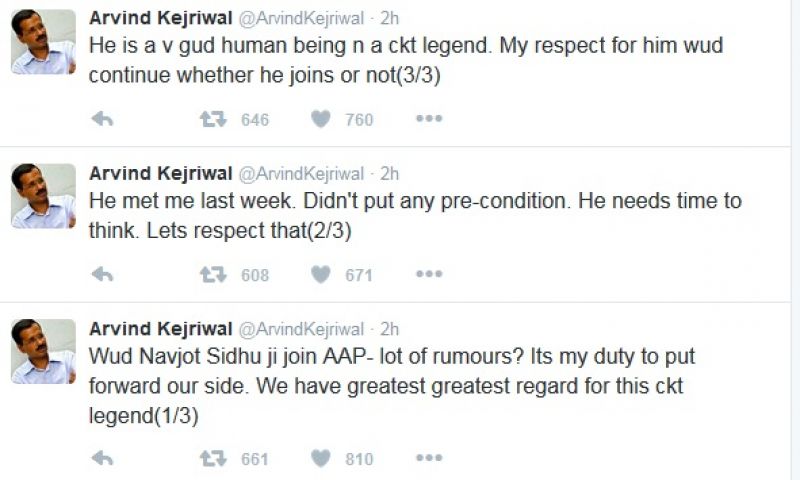 “Wud Navjot Sidhu ji join AAP- lot of rumours? Its my duty to put forward our side. We have greatest greatest regard for this ckt legend. He met me last week.

“Didn’t put any pre-condition.  He needs time to think. Lets respect that. He is a v gud human being n a ckt legend. My respect for him wud continue whether he joins or not,” Kejriwal said in a series of tweets.

Kejriwal’s remarks, however, are in stark contrast to the buzz of Sidhu’s imminent induction into the AAP after the 52-year-old resigned from his Rajya Sabha membership last month and lashed out at the BJP leadership alleging it wanted him to stay away from Punjab.

AAP had, at that time, made it clear that his joining the party will not be on any terms or conditions. Also, the AAP’s constitution does not permit giving tickets to two members of a family. 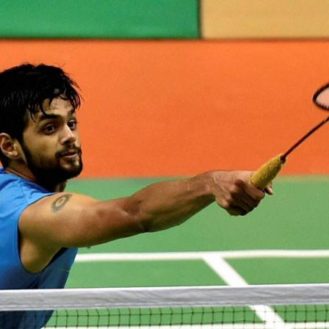