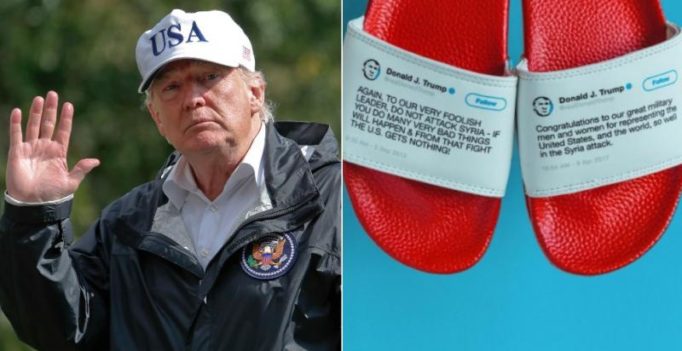 The products being features include tweets of the President changing his mind on Syria, the Electoral College and anonymous sourcing. (Photo: AP/ Instagram)

Fashion in the US seems to have found a new voice with a company selling flipflops highlighting some of President Donald Trump’s most contradictory statements.

The products being features include tweets of the President changing his mind on Syria, the Electoral College and anonymous sourcing.

The pool shoes satirising the current political situation (which many critics term tragic) is a gentle reminder of how hilarious political leaders and their quotes can be.

The footwear which promises people to help “go back on your word, one step at a time,” are imprinted with the best of Donald trump’s conflicting tweets.

According to a news published in BBC, some of the profits are going to the American Civil Liberties Union (ACLU), which has launched legal challenges against key Trump policies.

Speaking to the BBC, the creator of the website President Flip Flops, Sam Morrison said that the product aimed to capitalise on Trump’s ‘flip flopping’ around in a fun way.

He went on to add that the good thing about them is that they are objective – they factually show the president’s opinion at one time, and then some time later.” 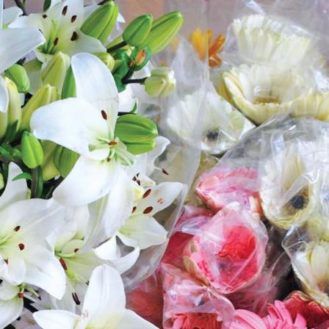