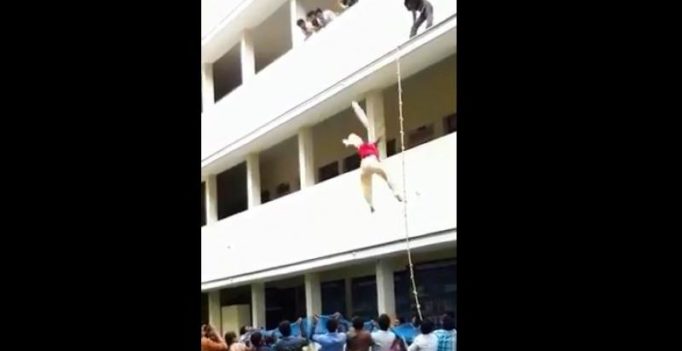 Coimbatore: A 19-year-old undergraduate student died when she jumped off the second floor of her college building during a disaster preparedness drill in Coimbatore in Tamil Nadu on Thursday evening.

At around 4 pm on Thursday, students of the college were being demonstrated how to escape if disaster strikes. A video of the training session showed Lokeswari perched on the sunshade of the second floor balcony, where the trainer Arumugan, standing next to her was telling her to jump.

Eyewitnesses allege Logeswari was reluctant and did not want to jump but she was prompted repeatedly by the trainer. After a while, the trainer pushed her and she tumbled down hitting her head on the sunshade of the first floor.

Though students standing on the ground were holding a net for Logeshwari to land safely, she crashed to the ground after hitting the sunshade.

According to reports, Logeswari was rushed to a private hospital in Thondamuthur, where she was administered first aid. She was referred to the State-run Coimbatore Medical College Hospital, where she was declared “brought dead”.

The police have sent the body for postmortem and the family has been informed.

Trainer, Arumugan has been taken into custody by the police and a case for causing death due to negligence has been filed against him.

College authorities told the police that the drill was conducted by the National Disaster Management Authority of India (NDMAI).

Police said about 20 students were given training to jump through an emergency window. 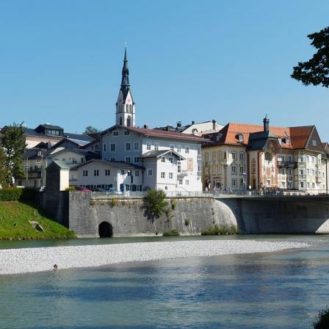