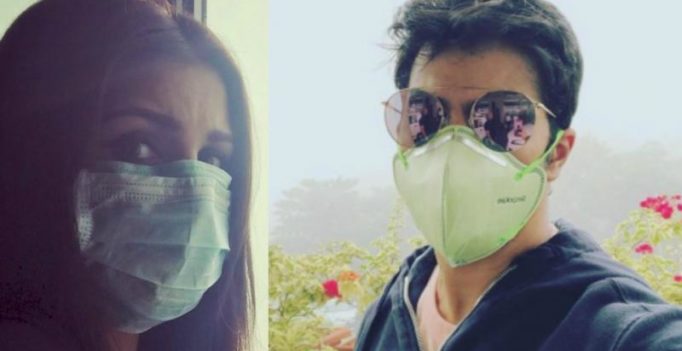 New Delhi: Dense smog, caused due to air pollution, continued to engulf the national capital for the third day on Wednesday.

Raising their concern on the same, Bollywood celebrities like Varun Dhawan, Parineeti Chopra, Arjun Kapoor, Shraddha Kapoor, Rajkummar Rao and Dia Mirza said that Delhi smog is “damn scary” and stringent steps should be taken on “an urgent basis.”

Experts have recently declared public health emergency in Delhi as air quality in the world’s most polluted capital city plunged to levels likened to smoking at least 50 cigarettes in a single day.

Bollywood celebrities, who are in the city to shoot for their respective films, are suffering from breathing the highly polluted air.

Here’s what they posted on social media:

Varun Dhawan and Parineeti Chopra posted pictures in masks to highlight the problem.

‘Half Girlfriend’ star Arjun Kapoor took to his Twitter handle and wrote, “What’s happening in Delhi is dangerous in more ways than one can imagine…I’m filming here as I type this and I’m fearing things aren’t gonna really get any better..”

Adding, “I’m here for a few weeks for my shoot in Delhi but it’s disconcerting to see the city suffocating. We need to put politics and personal agendas aside stopping the blame game & come together to find a solution otherwise all of us are gonna be affected in more ways than we realise.”

“I hope & pray the people who are assigned the job of finding long term solutions activately seek & put them into action soon. As citizens we shouldn’t feel paranoid about the air we breathe. Our capital is suffering & we are all to blamed but now is the time to right our wrongs,” Arjun said in another tweet.

‘Newton’ star Rajkummar Rao wrote, “It’s damn scary. We need to do something about it on an urgent basis.”

‘Ok Jaanu’ star Shraddha also raised her concern and tweeted, “#SmogInDelhi is upsetting but what are we all doing?Are we doing our bit?Are we doing enough for the betterment of our city/country/planet?”

Actress Dia Mirza tweeted, “There are over 51000 children living in street situations in #Delhi breathing this poison. The invisible killer has been visible for years but it has done nothing to ensure collective action to combat #AirPollution. #DelhiSmog #BeatPollution”

According to reports, the air quality index of Delhi’s Lodhi Road area fell under ‘severe’ category with high particulate matter at 10 and 2.5.

N95 masks should be used if it is absolutely necessary to go out.

Air Purifying plants such as Aloe Vera, Ivy and Spider Plant can be placed in the home and offices.

To ensure that indoor air pollution does not take place make sure there is a chimney in the kitchen and an exhaust in the bathroom.

According to the WHO, 92 per cent of the world’s population lives in areas where the air quality is below the WHO standards.

About 88 per cent of premature deaths occur in the low and middle-income countries, where air pollution is escalating at an alarming rate. 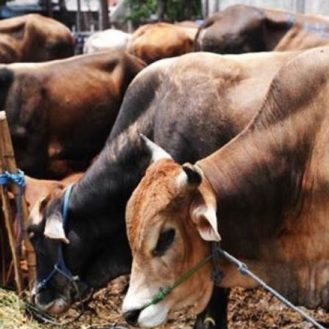