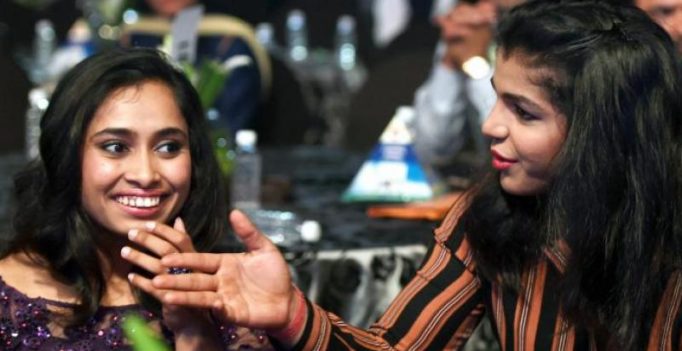 New York: Over 50 Indians, including gymnast Dipa Karmakar, Olympic medallist Sakshi Malik and actress Alia Bhatt, are among Forbes’ list of super achievers from Asia under the age of 30 who are “pushing boundaries of innovation”.

The second Forbes ’30 Under 30′ Asia list 2017 features 300 impressive young entrepreneurs — 30 in 10 categories, including entertainment, finance and venture capital, retail, social entrepreneurs and enterprise technology, under the age of 30 years who are pushing the boundaries of innovation.

“While she didn’t win a medal, she ranked an impressive fourth on her first-ever Olympic outing, missing the bronze by a hair’s breadth – 0.15 points,” Forbes said adding that she performed the Produnova vault in the finals – making her one of only five gymnasts to ever successfully do so.

Fellow athlete Malik, 24, became the first Indian woman to win a medal in Rio in wrestling, where she bagged the bronze. Forbes noted that Malik, who hails from a small Indian town Rohtak, faced a lot of local opposition to her desire to wrestle when she took up the sport at age 12.

Srikanth Bolla, 25, founder of Bollant Industries has been featured in the manufacturing and energy category. Bolla was born blind into a family of farmers in rural India and “went on to become the first international blind student at MIT”, where he studied business management. Post-MIT, Bolla chose to return to India where he set up Bollant Industries in Hyderabad, a company that employs and trains differently-abled individuals to manufacture eco-friendly and compostable packaging.

Bhatt, 24, has acted in over 20 high-grossing Bollywood movies, with at least six of them grossing well over USD 15 million worldwide in opening weeks. The list also features Sharath Gayakwad, 25, India’s first Paralympic swimmer, coach and Arjuna award winner who has won 96 medals.

“Swimming wasn’t enough – he realised that the struggle to find swim apparel was still difficult in India – so he formed Gamatics, an aggregator between international brands and domestic retailers, for anyone to find swimwear in India,” Forbes said.

Trisha Shetty, 26, is the founder of SheSays, an Indian non-profit that empowers the country’s women to act against sexual violence by providing education, legal, medical as well as psychological support.

So far, the organisation has engaged more than 60,000 young people through educational workshops and online, creating awareness and support to survivors who often reach out to share their personal stories and ask for help through SheSays’ social media platforms.

On the list is Ankit Kawatra, 25, who founded Feeding India, which aims to solve the country’s hunger problem by providing free meals through volunteers and donation centres.

It operates a smartphone app where restaurants and individuals can sign up to donate food, which are then collected and distributed to people in need.

The youngest Indians on the list are brothers Sanjay, 15, and Shravan Kumaran, 17, who founded GoDimensions, a mobile app developer five years ago. To date, they’ve built a total of seven apps for the App Store and three for Google Play, including goDonate, a platform for sharing excess food, clothes and furniture with those in need.

Their apps have clocked over 70,000 downloads in over 60 countries. They hold the distinction of being the youngest Mobile Application Programmers in India by Apple, Forbes said.

Indian-American author, screenwriter and filmmaker Kovid Gupta, 28, and Amanat Anand, 24, Shubham Issar, 23, and Yogita Agrawal, 23, co-founders of SoaPen, a teaching tool in the form of a wearable soap crayon, are also featured in the list.

Forbes said it was fascinating to see entrepreneurs who are using technology to empower their communities and overcome cultural barriers. 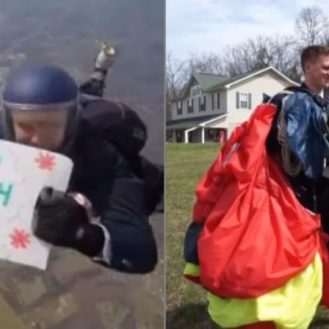 The US Federal Communications Commission said it had approved Alphabet Inc’s application to provide emergency cellular service to Puerto Rico through balloons. Washington: The US…

The designing part will only require a photo and 3D printer (Photo: YouTube) Sex robots are quickly capturing the imagination of enthusiasts in an age…