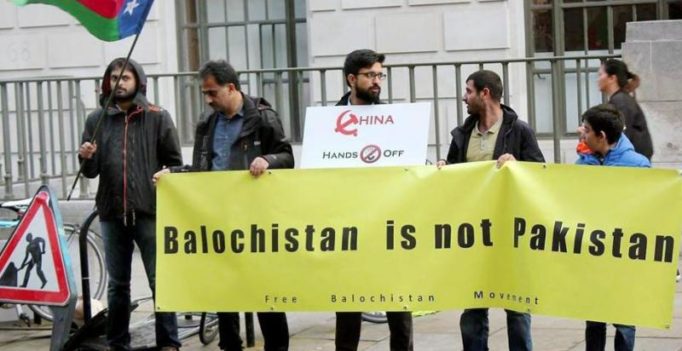 Free Baloch Movement activists protest against China and Pakistan outside the Chinese Embassy in London in October. (Photo: PTI)

Islamabad: Baloch Kurd liberation activist and World Baloch Women’s Forum president Naela Quadri Baloch has demanded that the United Nations – which has “turned blind and has closed its ears and mouth” – to wake up and pay heed to what is going on in Balochistan.

“The Pakistani Army has (a) licence to kill us, licence to rape us, licence to torture, licence to take out organs and sell them, because the Pakistan army is involved in the organ trade of the Baloch people with the help of the Edhi Foundation; and, Pakistan is running rape cells, where Baloch women are abducted, kept and raped. Pakistan is doing all kinds of those atrocities that a sane human mind cannot imagine,” Naela told ANI.

Stating that Pakistan is committing “genocide” of the Baloch people with the full support of China as a form of “ethnic cleansing”, Naela said: “The International Day of Human Rights was announced by the UN, but it is silent despite the atrocities and the level of genocide going on in Balochistan by the Pakistan Army and the Pakistani establishment. It’s like a kind of situation where Baloch people have no rights that even your animals have.”

“They are burning Baloch villages and towns – it is a situation that no human heart can see and keep silent,” she said, adding, “But we are surprised and we are worried about the legal status of the UN now.”

Naela said, “On this day, on behalf of the Baloch nation, on this International Day of Human Rights, we demand the UN to please wake up and to please listen what is going on in Balochistan.”

”A nation of 40 million people – one of the biggest nations on the earth – is living without a country and needs you,” Naela appealed to the UN, adding: “A nation is going to be finished from the face of the earth, so we are an endangered nation.”

“Your (UN) work for the endangered species and animals, the world is working for them but what if we are endangered? So, the Baloch nation is going to be finished from the face of the earth and the U.N. is silent and the international community is silent, it’s a very-very worrisome situation for us,” she added.

Observing International Human Rights Day on December 10, Baloch political activists around the world, including the UK, Canada, Australia, South Korea, Germany and many other European nations – held protests against the atrocities committed by the Pakistan establishment on their people back home.

It was on December 10, 1948, when the United Nations General Assembly (UNGA) adopted the Universal Declaration of Human Rights.

In Geneva (Switzerland), Abdul Bugti of Baloch Republican Party said, “The objective of the protest demonstration is to highlight the abuses in Balochistan on this occasion. There are massive human rights abuses going on in Balochistan by the ‘terror-state’ of Pakistan, its army and intelligence agencies.”

“They are engaged in killing and enforced disappearances of Baloch civilians on daily basis. We have been highlighting these issues and we want international community to stop Baloch genocide,” he added. 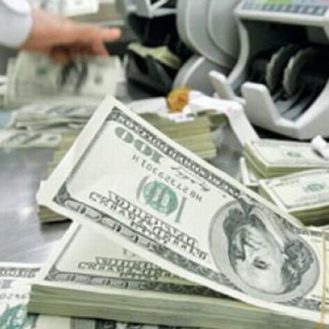