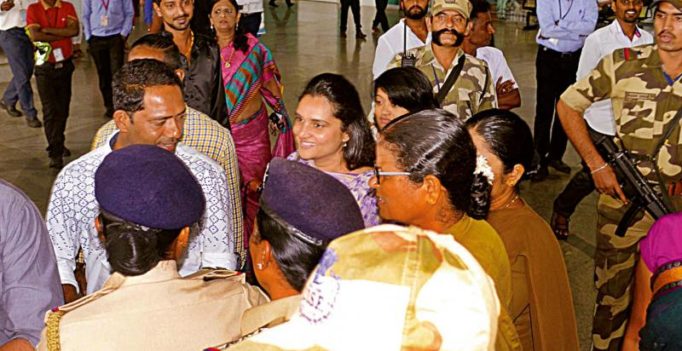 Mangaluru: The price you pay for upsetting the BJP!  Eggs, tomatos and abuses rained down on Kannada actress turned politician Ramya as she arrived in the saffron bastion of Mangaluru on Thursday with the BJP finally letting its youth wing do what its lawyer with saffron leanings had set in motion last week, when he lodged a complaint in a court on sedition and other charges against her ‘Pakistan is not hell’ remark a few days ago.

Black flags were shown by BJP Yuva Morcha activists who shouted “Down, down Ramya” and “Ramya go back” slogans  as the diminutive former Congress MP from Mandya, emerged from the airport.

They were angry at her statement allegedly supporting Pakistan – she said “Pakistan isn’t hell” – and also against her statement where she had allegedly said “Mangaluru is hell” in a TV interview. While on her way to the city, eggs were thrown at her car, police said.

Police personnel who were present at the spot in good strength rounded up the protesters and whisked them away.  Ramya is in the city to attend the ‘Mosaru Kudike’ programme at Kadri, an event to mark Krishna Janmashtami. Her car was accompanied by a police escort vehicle into the city.

Morcha activists admitted their protest against Ramya was a reaction to her alleged comment to a TV channel yesterday, where she had called Mangaluru “hell”, which she has strongly denied.

Ramya: Didn’t call Mangaluru hell
“I have not called Mangaluru as hell. A local channel gave a misleading headline. Mangaluru is the place where I started my election campaign. I would not call such a place as hell,” Ramya said. “Some have displayed black flags and tried to throw eggs at me. We are a democracy. People are free to express themselves,” she said. 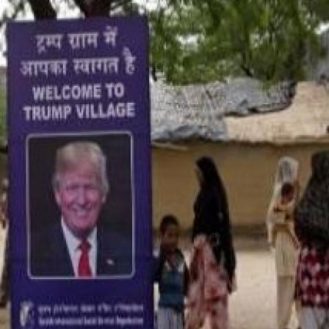