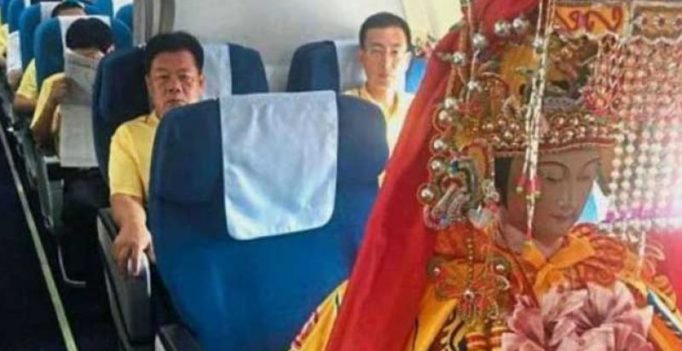 Singapore: A statue of a Chinese goddess adorned in brightly coloured clothes and an extravagant headdress has become an online sensation after it was pictured flying business class to Malaysia.

The six-foot (1.8-metre) model of Chinese sea goddess Mazu was pictured strapped into the luxury seat on a flight from Xiamen, southern China, to Kuala Lumpur at the start of a tour of Malaysia and Singapore.

Mazu and two heavenly guardians were escorted by a group of 130 devotees from a temple on an island in Fujian province, believed to the birthplace of the goddess, who is revered as a patron of sailors and fishermen.

The deities travelled at the weekend with Xiamen Airlines each business class seat costing 2,091 yuan (about $300). Some seats had to be removed to make space for towering Mazu on the flight.

But after superior treatment on the outward leg, the goddesses had to come down to Earth for the rest of the trip.

They travelled by bus on to the Malaysian city of Malacca, and then down to neighbouring Singapore in the back of a lorry with the devotees following in coaches. The pictures of Mazu in business class sparked a mixture of mirth and amazement online.

“Does the deity have to go thru the screening and pat down procedure?” asked Facebook user Shukuchi Fox. Another post said that she was “taking up role of air goddess blessing travellers on board”.

The deities’ heavenly powers could not save them from the very human headache of a lengthy traffic jam on Wednesday however they got caught in a snarl-up as they headed over the causeway separating Singapore and Malaysia.

They were then delayed for four hours by Singapore immigration officials who made them undergo extra security checks.

The organisers of the tour decided to bring Mazu to Malaysia and Singapore for tours of Chinese temples because the countries’ large ethnic Chinese communities revere the goddess.

“We want to share the blessing of Mazu with as many people as possible,” said Lin Jinbang, chairman of at the Mazu Ancestor Temple on Meizhou Island in Fujian, a shrine to the goddess. 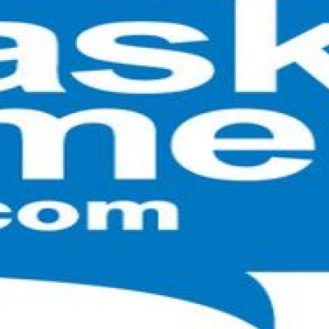