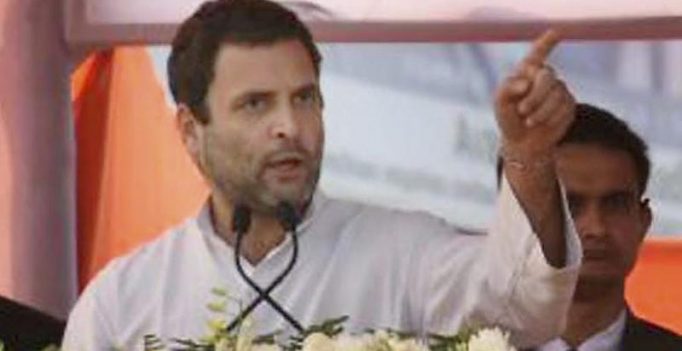 Jaunpur: In a direct attack on the Prime Minister, Congress vice president Rahul Gandhi on Monday alleged that Narendra Modi visits the US and China “using” the aircraft of his wealthy “friends” and has “made fun” of 99 per cent honest people through demonetisation.

“Maximum wealth lies with 50 families… Modi goes to America and China with their family members, using their aircraft,” Rahul said at a ‘Janakrosh Rally’ here.

This was his first rally in poll-bound Uttar Pradesh after the Winter Session of Parliament was washed out over demonetisation.

Last week, Rahul had threatened to “expose personal corruption of Modi” while claiming that he was not being allowed to speak in Parliament as it would lead to an “earthquake”.

Insisting that “All cash is not black and all black money is not in cash”, the Congress leader said, “94 per cent black money is stashed away in foreign banks, real estate and investment in land deals and gold. But why is PM running after only the rest 6 per cent?”

He said only one per cent people have 60 per cent of the country’s wealth and that “Modi has made fun of 99 per cent honest people through demonetisation”.

Rahul alleged that Modi had waived Rs 1,200 crore loan of Vijay Malya and Rs 1.10 lakh crore taken by 50 wealthy families, but did not care about writing off farmers’ loans.

The Congress leader, who had undertaken a ‘Deoria to Delhi’ padayatra to highlight the plight of farmers, said he had met the Prime Minister to seek waiver of farmers’ loans but the latter was non-committal.

The purpose of note ban was “Garib ka khincho, Amir ko sincho (extract from the poor and help the rich)”, he said.

Interestingly, at the rally, when some workers shouted slogans against Modi, Rahul asked them to desist from making personal attacks.

“Our fight against Narendra Modi is political, please don’t raise ‘murdabad’ slogans against him…such language is used by fascists and RSS, not Congress,” he told them. 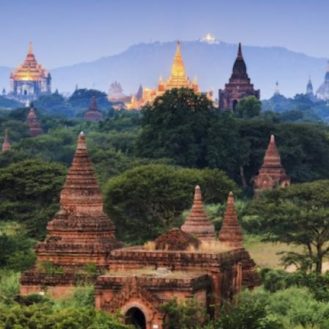