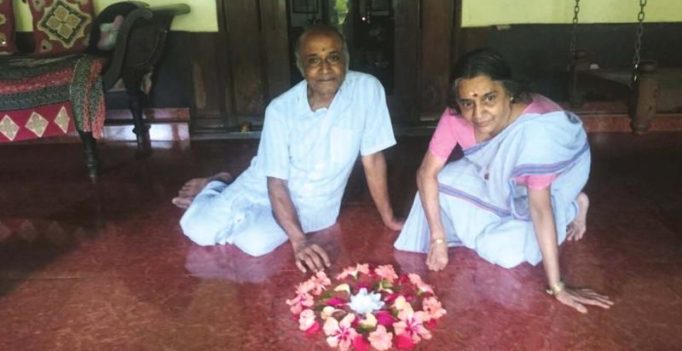 KOZHIKODE: When K.C. Umamaheswari Thamburatti of Neeleswaram Kovilakam was brought to Purameri in Kozhikode district as a young bride, almost eight decades ago, she also brought in a new tradition – arranging a Pookkalam (floral carpet) in front of the house every day. Pookkalam is close to the Onam sentiments of every Malayalee, but arranging it 365 days a year is something strange to even the hard-core Onam fans globally. To the locals of Purameri, the sight of Pookkalam at the Kovilakam is not strange as they are familiar with it.

When the Thamburatti passed away in 2002, her son K.C. Udaya Varma Raja, former headmaster of Kadathanad Raja’s High School and his wife Valsala Thamburatti, also a teacher at the same school, followed the tradition. He has crossed 70 and still he finds time to arrange the Pookkalam early in the morning and says his wife preserves the tradition of daily Pookkalam at home. “It is a great start to a day, by adorning the earth with fresh flowers plucked from the garden. Instead of putting flowers in the flower vase, we arrange them on the floor, as a mark of respect to the earth,” says Mr Varma.

He added that they were particular to use only the flowers from their garden, whichever is available and make sure that no artificial flower is used. “It’s easy to cut leaves and prepare a design, else buy flowers from the market. But that is not our intention. This tradition is being continued here purely out of interest, so we try to keep it as genuine as possible,” he says.

The couple’s three children, one son and two daughters, are living abroad, and they never insisted their children follow the tradition wherever they go. Their son K.C. Harishankar Varma Raja was the Indian boxing team’s physio for London Olympics. Their elder daughter Uma runs a dance school in New Zealand, and younger daughter Urmila is settled in Australia. 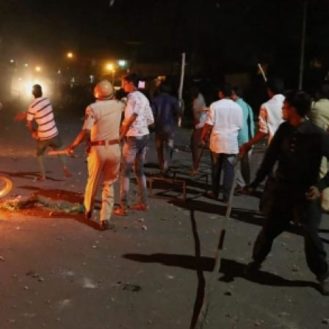