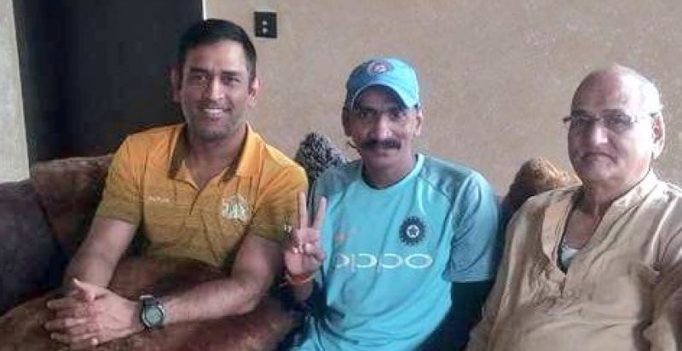 On Friday, Dhoni was in celebratory mood as he hosted Sudhir Gautam India’s famous cricket fan, for lunch at his farmhouse. (Photo: Twitter / Sudhir Gautam)

On Friday, Dhoni was in celebratory mood as he hosted Sudhir Gautam India’s famous cricket fan, for lunch at his farmhouse.

Sudhir later took to Twitter to express his happiness on being invited.

CSK beat Kane Williamson-led Sunrisers Hyderabad by eight wickets to clinch their first IPL trophy since 2011. Shane Watson was the star for the Men in Yellow as he played an innings of 117 from just 57 balls to see the Chennai franchise home.

As a result, CSK became the second team to win the IPL thrice, after Mumbai Indians clinched following their triumph in 2017.

Dhoni was in prime form this IPL season, as he scored 455 runs from 16 matches, including three fifties.