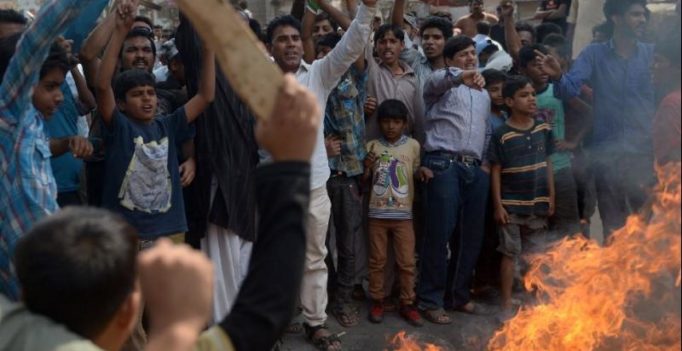 Karachi: Activists of a key Pakistani political party clashed with police and ransacked a private television station in the southern port city of Karachi on Monday, leaving at least one man dead and seven others injured.

The violence erupted soon after the powerful exiled leader of the Muttahida Qaumi Movement (MQM), Altaf Hussain, gave a telephone address to his supporters in which he castigated the media for not giving due coverage of his workers.

Hussain’s activists, who had just ended a week-long hunger strike over a government crackdown against them, attacked the ARY station after his address from self-imposed exile in London.

MQM workers also clashed with police on the streets, sparking volleys of gunshots and tear gas in several places across the city, police and witnesses said.

“We have carried out teargas shelling to disperse the mob, who were trying to attack a television office,” senior police officer Saqib Ismail said.

One unidentified man was killed and seven others injured, two with gunshot wounds, according to hospital officials.

“One was brought (to the hospital) dead, who was shot with a gun,” doctor Seemi Jamali, the director at a state-run hospital, said.

Three of the injured belonged to media organisations, she said.

Paramilitary Rangers arrested the MQM’s top leader in Pakistan, Farooq Sattar, as he arrived to address a press conference at Karachi Press Club late Monday. Officials said Sattar had been arrested in connection with the unrest.

The MQM, run by Hussain from London — and accused of using extortion and murder to cement its grip on power — has long been blamed for ethnic violence in Karachi.

It has clashed repeatedly with authorities who, according to rights groups, have resorted to hundreds of extra-judicial killings during a “clean-up” operation that began in 2013 in a city already plagued by violence. 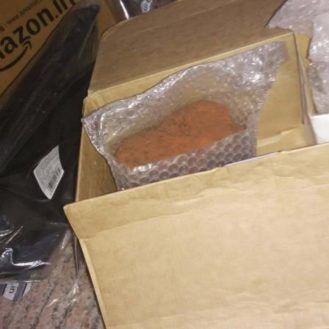