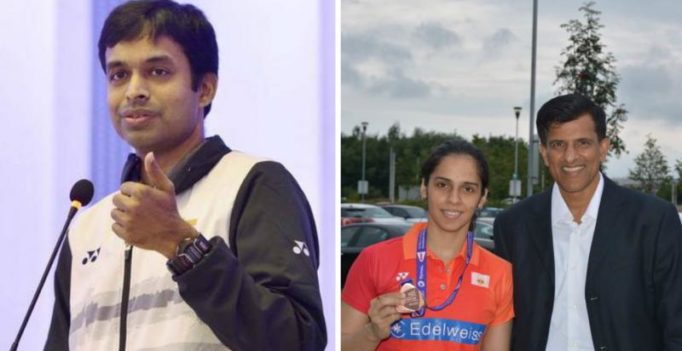 Three years after parting ways, Saina Nehwal once again resumed her partnership with long-time mentor Pullela Gopichand and Vimal Kumar said he had a detailed discussion with the chief coach regarding her decision to shift base to Hyderabad. (Photo: PTI / Saina Nehwal Twitter)

Bengaluru: Vimal Kumar on Monday said he would miss working with Saina Nehwal but stressed it was important to support the Indian ace in her pursuit to excel in the remaining years of her international career.

Three years after parting ways, Saina once again resumed her partnership with long-time mentor Pullela Gopichand and Vimal said he had a detailed discussion with the chief coach regarding her decision to shift base to Hyderabad.

“I spoke to Gopi yesterday. Gopi wanted to know whether myself and Saina had detailed discussion on shifting of her training base from Bengaluru to Hyderabad. We had a very clear understanding. The discussion was absolutely fine,” Kumar told PTI in an interview here.

Asked if he would miss Saina, Kumar said: “It was good to have worked with a girl like Saina. Her work ethics, spirit and enthusiasm to train hard – these are Saina’s qualities I would miss.”

Kumar said training in Bengaluru has been tough for Saina because she was missing her father Harvir Singh, who has not been keeping well after he had underwent an operation for prostate gland enlargement.

The former national coach said he told Gopichand that they both need to ensure giving whatever top players such as PV Sindhu and Saina require, for their emotions and feelings are different from other ordinary players.

“Saina and Sindhu are two best girls in the country at this point of time. So, we need to ensure that they are given whatever they want for now, especially Saina, for she has some more years left in her to do well,” he said.

“The inner feelings and emotions of top athletes is different. They are constantly wanting to get better and better. So, we need to understand that and try not putting a break on to their enthusiasm.”

Kumar has been instrumental in helping Saina achieve World No. 1 ranking in April 2015 and win a silver at the 2015 World Championship before suffering a knee injury ahead of Rio Olympics last year.

Kumar said players like Saina would excel under any coach or academy, because 90 per cent of their success depends on their hard work.

“Players like Saina can excel where ever they play or under any coach – that could be me or Gopi, for 90 per cent of their success depends on their hard work,” he said.

“We, as a coach, can only step in when a player is overdoing certain things.” 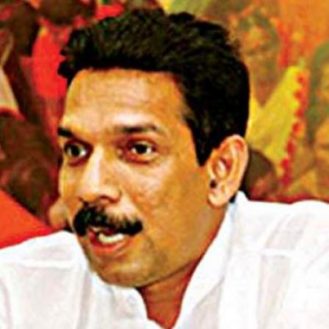