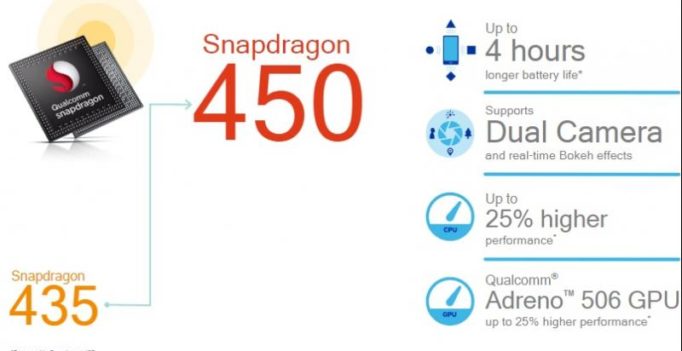 the SD450 ditches the old 28nm architecture in favour of the flagship class 14nm architecture, which is bound to make it power efficient and manage heat better while boosting performance by up to 30 percent.

Qualcomm is known for frequently updating its hardware that powers more than half of the world’s mobile devices. For this year’s portfolio, Qualcomm had already unveiled the super efficient and powerful Snapdragon 835 for the flagship series. Now, at the Shanghai Mobile World Congress, Qualcomm has taken off the wraps of its latest chipset in the budget Snapdragon 400 series – Snapdragon 450, with some features inspired from its mid-range Snapdragon 625 chipset.

For starters, the SD450 ditches the old 28nm architecture in favour of the flagship class 14nm architecture, which is bound to make it power efficient and manage heat better while boosting performance by up to 30 percent. Even though the chipset uses eight Cortex A53 cores, Qualcomm has boosted the clock speed to 1.8GHz, which contributes to an overall 25 percent increase in overall performance. The new Adreno 506 GPU borrows heavily from the unit in the SD625 chipset, which results in 25 percent increase in graphics performance over the current SD435.

The SD450 also gains Qualcomm’s Quick Charge 3.0 to top up batteries from nothing to 80 percent in about half an hour. The chipset also gains support for a 13MP dual camera setup or a 21MP setup for creating real-time bokeh effects. Also, there’s support for Full-HD displays, which is great for budget smartphone buyers.

Users will enjoy fast LTE connectivity with the Snapdragon X9 LTE modem, which utilises 2x20MHz Carrier Aggregation in both downlink and uplink for peak speeds of 300 Mbps and 150 Mbps respectively, support for a large number of mobile networks with Snapdragon All Mode, and 802.11ac with MU-MIMO support. The Snapdragon 450 also supports USB 3.0 which is first in its tier to support fast USB data transfer. 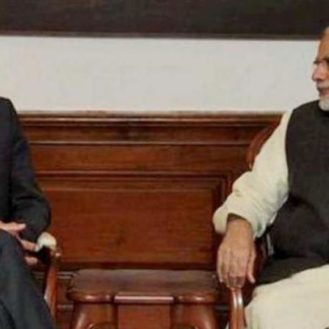