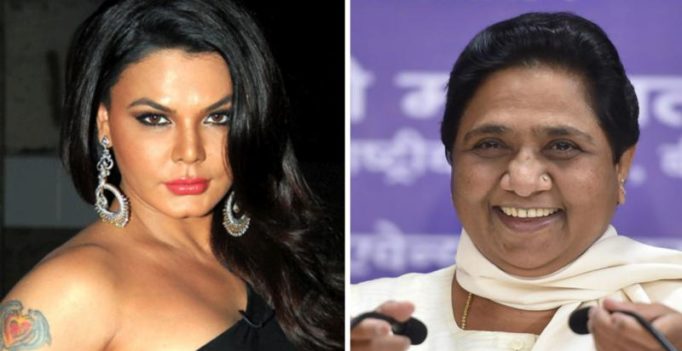 Rakhi Sawant to fight Mayawati in UP polls. (Photo: PTI/Edited by DC)

Expressing her willingness to contest in the UP Assembly election, Sawant said, “Athawaleji is like my father and I am ready to follow whatever decision he takes about me. If he wants me to contest against Mayawati in UP, I will do it,” she said.

When asked about how she would contest from UP, despite not being registered as a voter in the state, Sawant said she would contest the UP polls as a parachute candidate. “I have had talks with Athawaleji regarding this and he has assured me he will sort it out. There are many candidates who fight polls from other places,” she said.

Parachute candidate is a term for election candidate who does not live in and has little connection to the area he or she is contesting from.

The actor also expressed confidence that BJP and RPI would form an alliance and she would campaign for both parties in the UP assembly polls. “I have full confidence in Prime Minister Narendra Modi. He has made Athawaleji a minister in the Union Cabinet. We are in alliance at Centre, so will fight together in UP too,” she said.

The RPI chief’s act is seen as a move to entice the BSP supremo into contesting polls, as she has not fought elections in recent years. In an attempt to boost his image as a pan-India Dalit leader, he reportedly wants to end Mayawati’s hold over Dalit votes, claiming that they are not her monopoly.

“Mayawati has, for quite some time, been shying away from fighting polls, be it for the state assembly or the Lok Sabha. We would like to see if she is going to change that this time. If she does, we will field Sawant, who is our women’s wing president, from the very seat the BSP chief decides to contest from,” Mr Athawale, minister of state for union social justice and empowerment, said in Allahabad.

When asked, an electoral officer said that she has to register herself in the UP voters’ list to contest assembly elections there. 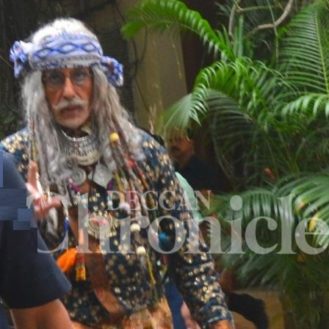