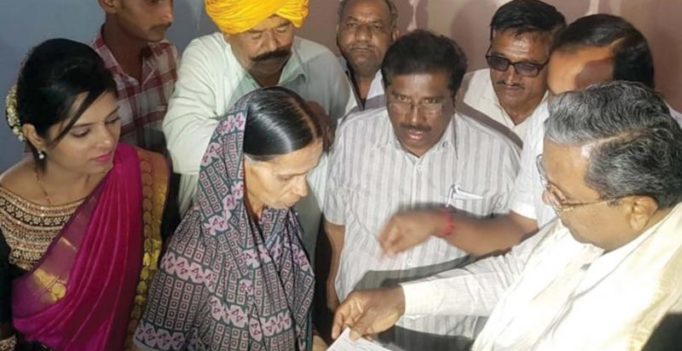 Former CM Siddaramaiah gives a compensation cheque to the kin of the farmer who had committed suicide, at Hireboodihala in Badami, Bagalkote district.

Hubballi: Terming the growing clamour for the construction of Ram Mandir at Ayodhya as a “political drama” engineered by the BJP, former chief minister Siddaramaiah said that it is being raised by the saffron party with an eye on the forthcoming Lok Sabha elections.

Addressing mediapersons in Nilagund village of Bagalkote district on Sunday, he said the BJP is trying to gain political mileage by keeping the issue alive and has no intention of resolving the dispute early. Questioning BJP leaders on why they had kept silent in the last four years after coming to power at the Centre, he said that the NDA government should have found a solution to the Mandir issue by this time if it had the political will.

Lashing out at State BJP president B.S. Yeddyurappa, he said that the coalition government is not worried about the protest being planned by the Opposition during the coming winter session of the Legislature in Belagavi. He also said that the Congress will mobilize two lakh farmers if the BJP stages a protest when the session starts.

Rebutting the prediction of BJP leaders that the coalition government will collapse after Cabinet expansion, he said that the dream of Yeddyurappa and K.S. Eshwarappa of seizing power will never come true.

Training his guns on Prime Minister Narendra Modi, the Congress leader alleged the PM has been speaking against corruption without enforcing the Lok Pal bill. Assuring that pending bills of sugarcane growers will be settled soon, he said that the crushing operations of cane will be undertaken by procuring cane from farmers at the fair and remunerative price. The former CM also justified the government’s move to cancel the Hampi Utsav. “More than hundred taluks have been declared drought-hit. Due to this, a decision has been taken to cancel Hampi Utsav this year. A similar decision was taken during my tenure as CM,” Siddaramaiah said.

Responding to a query on the row over construction of Vishnuvardhan memorial, he said that the government is planning to erect the memorial in Mysuru as per the the wishes of Bharati Vishnuvardhan and the final decision will be taken in this regard after a discussion with Chief Minister H.D. Kumaraswamy.

The Congress leader also visited the house of debt-ridden farmer Shivangouda Udagouda who had committed suicide in Nilagund village and handed over compensation of Rs 5 lakh to his family members. 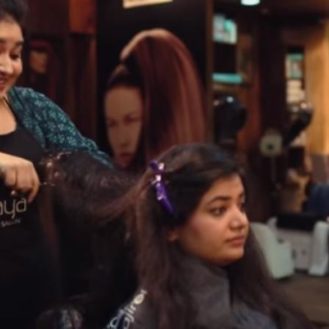