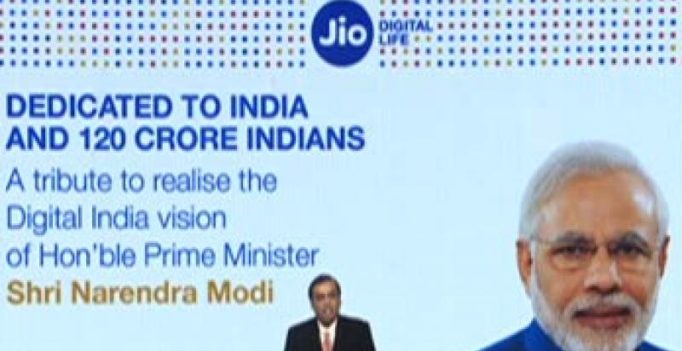 Since the past few months, Reliance Industries (RIL) has been testing its 4G Jio service on a pan-India scale but has been accused by numerous telcos for offering commercial services ‘under the guise of testing’.

Reliance Industries’ annual general meeting (AGM) commenced at 11am today, where the company’s chairman Mukesh Ambani is speaking on the biggest launch of the year. Reliance Jio will be the biggest push in the 4G telecom sector in India and Reliance is betting big with its Jio services for the Indian segment.

Since the past few months, Reliance Industries (RIL) has been testing its 4G Jio service on a pan-India scale but has been accused by numerous telcos for offering commercial services ‘under the guise of testing’. With the announcement of the tariff plans, the conflict between Cellular Operators Association of India (COAI) and the industry giant is expected to end.

Sources familiar with RJio’s operations have confirmed that the AGM will witness the launch of tariff plans and commercial launch date. The company is also expected to submit its tariff plans with regulatory authority TRAI, which will be effective once users finish the free three-month voice and data offer.

With the revolutionary offer, RIL is looking forward to introducing next gen networks (NGN) which uses IP data packets for audio and voice calling instead of regular public switched telephone network (PSTN).

Not only will Jio’s 4G plan bring down data costs but its Internet-based calling service will offer better quality in comparison to PSTNs, which make up most of the country’s telephony architecture.

To combat this disruptive offer, other telcos are also introducing cheaper 4G data plans. Recently, Bharti Airtel slashed 4G and 3G mobile internet charges by up to 80 per cent to as low as Rs 51 per gigabyte (GB) under a special scheme. Other telcos such as Vodafone and Idea are also offering lucrative plans to match RJio’s scheme.

Though the Jio 4G offer has been criticised by other telcos for flouting certain rules, the idea of introducing Internet-based telephony can prove massively lucrative for users.

Reliance’s Jio has caused a ripple in the market forcing many rival telecom operators to slash their prices for call and data rates.

The AGM is presently in progress and here are some of the highlights:

Mukesh Ambani starts the AGM with introducing the “newest and youngest member of the family” – JIO. He said that he wants to dedicate the commencement of Jio to the entire 1.2 billion population of India.

Mukesh Ambani expects Jio to help India rank to the top 10 position in the world as far as broadband and internet services are concerned. Presently, he said that India ranks number 155 on 230 countries.

On informing why it has been called JIO, Ambani said, “Because it means to live. There is nothing more precious in this world than life.”

“Data is the ‘Oxygen’ of digital life and it must never be a short supply. Jio is our solemn commitment to every Indian,” he added.

Ambani then outlines his vision and talks about how Jio will fall in line with Prime Minister Narendra Modi’s Digital India vision.

Commenting on Jio’s services in the telecom industry, Ambani added that while other telecom providers have not built their networks specially for data and Internet and Jio will fullfil that segment as it is specially built for voice and SMS. He said that while legacy telecoms are incorporating data on existing networks, Jio is designed completely for the internet. with an all IP-based design, Jio will have the most futureproof network in the world.

Reliance recently launched their 4G-enabled smartphones in the LYF series starting from Rs 2,999, and a portable Wi-Fi router—the JioFi, for Rs 1,999. with almost 70 percent of 4G LTE-enabled smartphones and devices presently being sold in India, he expects that to soon go up to 100 per cent.

Ambani then focused on other JIO services that were launched during the preview period. he added that JioTV has more than 300 live TV channels, including 40 HD channels. JioCinema has around 6,000+ movies and 60,000+ music videos in around 10 different languages.

Announcing the Jio Apps bouquet, Ambani said that the entire year’s package will be around Rs 15,000 and Reliance Jio customers will be receiving it for ‘free’ for the first year. The offer will be valid till December 2017.

To presently become a Jio customer, anyone with an Aadhaar card in Mumbai and Delhi can simply approach a Jio centre and avail a free JIO SIM card and the entire process for obtaining a SIM card should not be more than 15 minutes, including activation, said Ambani.

Ambani went ahead to mention about the tariff plans. He said that a customer should not be charged for voice or data both, but individually. He announced that ‘All voice calls for Jio customers will be absolutely free.’ He also added that all calls to all networks in India will be ‘absolutely free’ and ‘roaming charges will be zero’.

As for the data rates, Jio data will be charged at Rs 5 paise per MB used. This makes it pretty cheap, as 1GB of data will cost a Jio customer just Rs 50. Adding to the tariffs, Ambani said, ‘more data you use, lower the rates.’

With the new tariff plans, Jio will make India the highest quality network with the lowest-priced data market in the world, stressed Ambani.

Mukesh Ambani stated that Jio will have only 10 main plans and the pricing structure should be made simple for every Indian to understand and use. He also said that there won’t be any more ‘blackout days’. There won’t be any extra charges for messages sent on holidays on a Jio service. Billing will be in real-time and customers can see how much of data, voice, SMS, etc he has consumed immediately. You wont need to wait for the end of the month to find out about your bills.

Reliance Jio will start from a basic price of Rs 19 per day (which totals it to around Rs 570 per month) and go all the way up to Rs 4,999 per month which includes 75GB of monthly internet data. Adding to the tariff plans, Ambani said that night usage on LTE data will be unlimited.

Starting Monday, September 5, 2016, Ambani announced that all apps, in the Jio bouquet will be available for everyone for free till December 31, 2016.

In a big move, Mukesh Ambani also announced that Jio will be rolling out Fibre to Home wired connections for Internet to select cities with speeds up to 1Gbps.

Wrapping up the address at the AGM, Mukesh Ambani said that he wants to create a world record with 100 million customers in the shortest time possible. He ended the address stating, ‘From 5th of September, India will change forever’ 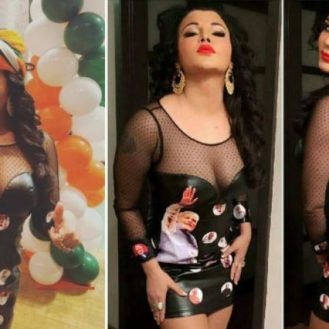