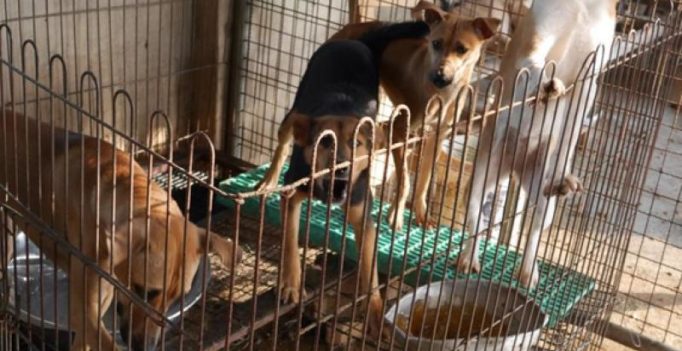 The animals have to taken abroad because they’re generally not wanted in South Korea as pets or companion dogs. (Photo: Representational/AP)

New York: Forty-six dogs were flown to New York from South Korea after being rescued at a farm where they were to be slaughtered for human consumption, animal advocates said on Sunday.

The Humane Society International is responsible for saving the dogs that were fed barely enough to survive.

The animals arrived at Kennedy International Airport late on Saturday and were headed to emergency shelters in New York, Maryland and Pennsylvania on Sunday.

The farm in Goyang, a city just north of Seoul, “was more like a dungeon, where there’s very little light, little to no ventilation, so the stench of ammonia would bring tears to your eyes when you walk through,” said Kelly O’Meara, who oversees the society’s companion animal-related international projects. “You’d see eyes peering at you, but it was hard to actually see the dogs themselves in the dark.”

An estimated 17,000 other such farms still operate in South Korea, said O’Meara. However, she said, it’s a diminishing industry in a society where demand for dog meat has been plummeting. However, meat from about 2 million dogs still is eaten there each year.

In the United States, the rescued dogs will be available for adoption after the shelters evaluate their behaviour and medical needs and make sure each one is ready for a new life in someone’s home.

In South Korea, O’Meara said, the dogs receive no veterinary care of any kind.
“They either get through it or they die in their cage and they receive just enough food to get by,” she said.

At the seven farms from which the Humane Society rescued more than 800 dogs since 2015, those to be slaughtered included both mixed breed dogs and purebred ones – from a Chihuahua and a Maltese to various spaniels and a Saint Bernard.

A German shorthaired pointer and a miniature pinscher came from the latest farm. The Washington-based Humane Society International, which relies on private donations, deals directly with farmers to close down and demolish dog meat businesses and help owners financially to transition to other work.

The animals must be taken abroad, O’Meara said, because they’re generally not wanted in South Korea as pets or companion dogs. Some had been abandoned pets, and others were raised to be sold as pets but given to the meat industry if that failed. 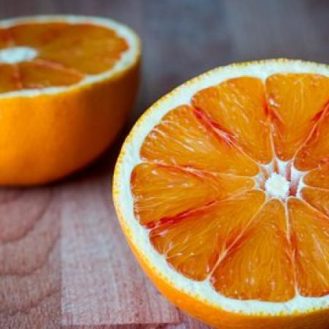