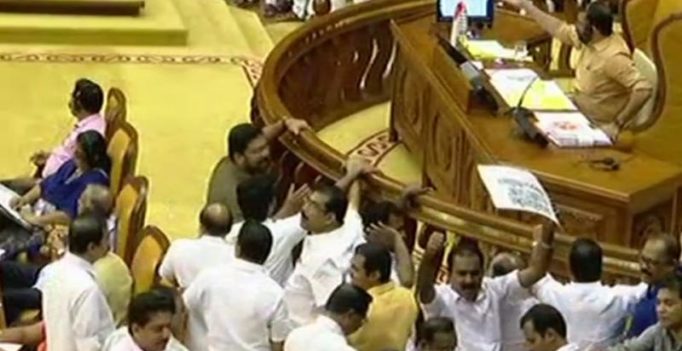 When the Question Hour began, opposition members went ahead with their sloganeering. (Photo: ANI | Twitter)

As soon as the day began, opposition members stood up from their seats and requested Speaker P Sreeramakrishnan to scrap the Question Hour. A few opposition MLAs placed a black banner in front of the Speaker’s podium which stated “lift the prohibitory orders and restrictions imposed in Sabarimala completely” and raised slogans.

With placards, they gathered in front of the Speaker’s chamber, raising “protect Sabarimala” slogans and against Kerala Chief Minister Pinarayi Vijayan.

Leader of Opposition Ramesh Chennithala demanded the Speaker to take up their notice for an adjournment motion over dearth of infrastructure facilities in Sabarimala and the difficulties faced by pilgrims there. Sreeramakrishnan, however, said the 60-minute-long Question Hour was a slot to discuss issues of people and scrapping it would amount to “challenging” the general public.

“Entry of women into the Lord Ayyappa temple in Sabarimala is a significant subject. But, we cannot go on discussing this topic only,” the Speaker said. “Let people all over the world see what you are doing. Did you not hear what the Governor said yesterday?” he said.

Speaking at a function in Malappuram, Governor P Sathasivam had said the members of the House need to keep in mind that the activities inside the house are being “watched” by people.

When the Question Hour began, opposition members went ahead with their sloganeering. To a question by CPI’s Muhammed Muhsin, Devaswom Minister Kadakampally Surendran gave a reply on the details of the September 28 Supreme Court verdict permitting women of all age groups into the hill shrine.

But as the opposition sloganeering continued and repeated requests to them to go back to their seats failed, a visibly angry Speaker took up other businesses and adjourned the House for the day.

The opposition UDF had stalled the House proceedings on Wednesday as well. The hill-top Sabarimala temple has been witnessing protests by devotees and right-wing activists against the CPI(M)-led LDF government’s decision to implement the verdict of the top court. 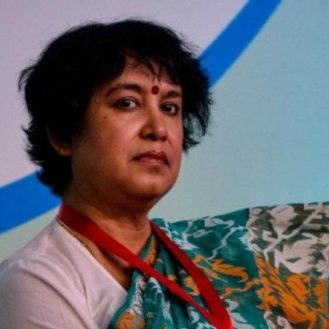