Sakshi arrived in Delhi from Rio de Janeiro to a grand welcome early on Wednesday morning, before travelling to Bahadurgarh. There will be another reception for the wrestler at her village Mokhra Khas in Rohtak district on Wednesday.

Malik has also been named as the brand ambassador for Haryana’s ‘ Beti Bachao, Beti Badhao’ initiative, announced the state government, after the bronze medal-winning grappler’s arrival in the country. According to reports, Malik said she was amazed at the reception she received on landing at Delhi airport.

“I want everyone to support me in future as well so that I can win more medals for my country,” Malik said to PTI.

Five ministers of the BJP government in Haryana were expected to be at Delhi airport when her flight arrived at 3:50 am. It is not clear whether the ministers were indeed present.

Haryana Chief Minister Manohar Lal Khattar, who was there to welcome the Rio Olympics star, announced a prize money of Rs 2.5 crores for Malik. He also highlighted the importance of the female athletes in sports, congratulating Sakshi and shuttler PV Sindhu for winning their respective medals.

“It is a proud moment for us that girls of the country have done so well. Our two daughters, Sakshi Malik and PV Sindhu (who won a silver medal at the Rio Games), have made the nation proud,” Khattar said.

The Haryana CM also announced that he has offered a new government job to Sakshi. He said: “We have also offered her a Class II job in the Haryana Government. She has said that she will think over it and decide.”

A felicitation function for Sakshi has been scheduled for Wednesday evening at her village in Rohtak. But between Bahadurgarh and Rohtak, Sakshi will make a few stops along some villages on the way. Significantly, she will stop at Ismaila village where her maternal uncle lives, said reports. Several village sarpanches along the way have requested that the wrestler stop over.

Sakshi became the first woman wrestler in India to win an Olympic medal with her bronze in the 58kg freestyle event at Rio earlier this month.

India’s other medallist, silver-medal winning badminton player PV Sindhu, has already received a grand homecoming, first from the Telangana government and then from the Andhra Pradesh government. 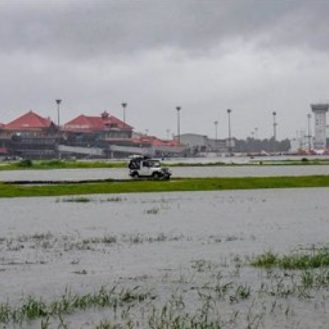