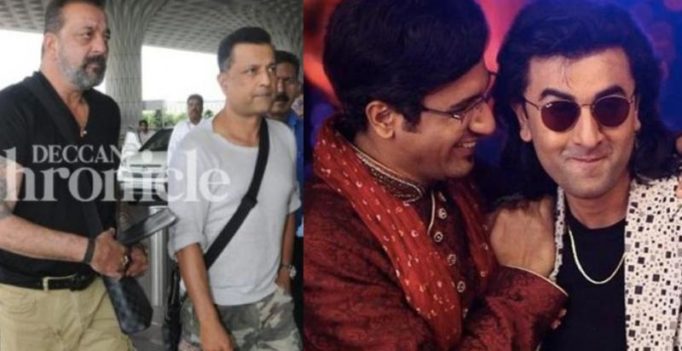 Mumbai: In a break from the usual, Rajkumar Hirani’s direction got overshadowed by his actors’ performances in his recent blockbuster ‘Sanju.’

Ranbir Kapoor has been unanimously lauded for his act as Sanjay Dutt, but even someone who would’ve been just a potential ‘sidekick’, turned out to be much more than that.

We are talking about Vicky Kaushal, who has been garnering huge praises for his role as Kamli, with many of the view that he was even better than Ranbir.

But do you know on whom Vicky’s character is partly based on? His name is Paresh Ghelani, who has been Sanjay Dutt’s close friend for decades.

Sanju was spotted with him at the airport twice recently, and the person who would’ve gone out anonymously usually is now being recognised by the media and fans.

So what does Paresh has to say about ‘Sanju’, the film and the person? The entrepreneur decided to let the world know by joining social media specifically for that.

In the emotional post on Twitter, Paresh shares how he was ‘numb with limitless emotions’ and wanted to hug, hold on to Sanju and cry, after watching the film and how he relived the moments from their friendship, some he had forgotten and some he could never forget.

Calling Sanjay his ‘brother, mentor and live conscience,’ he credits the actor for standing by him through thick and thin and teaching him to get up after every fall.

Terming their friendship, ‘exhilarating, volatile, wild and rewarding’, Paresh thanks Sanju for being a part of his life and dragging him to his life lovingly. He concludes with the line from the film, which might go on to be termed iconic few years down the line, ‘Keep roarrrrrring… tiger.’ 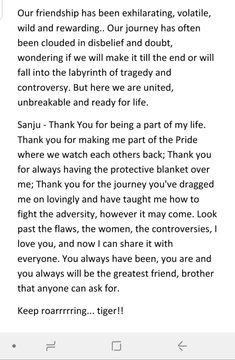 Reel Kamli, Vicky welcomed the real one by sharing his tweet, with the latter lauding his act by calling him an ‘amazing talent’.

But what caught our attention was how Paresh Gehlani was a ‘blood brother’ to not just Sanju but another actor as well.

R Madhavan was the happiest when he joined Twitter and his tweet calling Paresh ‘more than a blood brother’, his ‘inspiration and idol’, and ‘go-to-man’ for all his issues was something not many were aware of.

With the words Madhavan has used, we can surely say Paresh is to Maddy what Rancho was for Farhan in ‘3 Idiots.’ 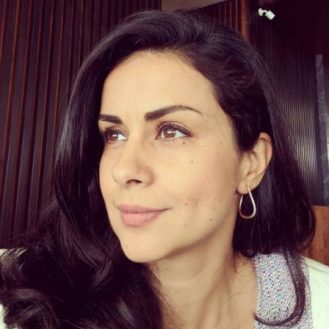