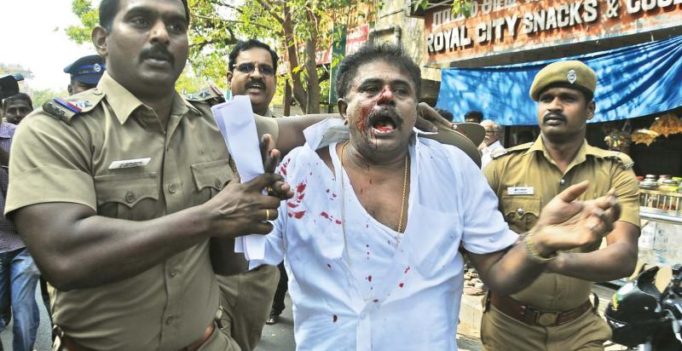 Chennai: Rajya Sabha member Sasikala Pushpa’s husband Lingeswara Thilakar along with advocates accompanying him was badly beaten up at the AIADMK headquarters here when they went to get an application form for the rebel MP to contest for the post of general secretary.

Thilakar sustained bleeding injuries on his face as a group of men and women at the party headquarters pounced on them and rained blows.

With blood flowing down his face, Thilakar was taken to the nearby Royapettah government general hospital by the police. Later, Sindhu Ravi, an AIADMK functionary, lodged a police complaint against Thilakar charging him with trespassing into the AIADMK headquarters and trying to create trouble. An FIR was registered against Thilakar.

Commenting on the incident, AIADMK spokesperson C. Ponnaiyan said, “Such incidents are natural when passions are running high. Sasikala Pushpa had been expelled from the party”.

Denying that the AIADMK party men were involved in the assault, Ponnaiyan said his party did not believe in violence. Lingeswara Thilakam, husband of the rebel AIADMK MP  Sasikala Pushpa, had lodged a complaint at  Royapettah police against unidentified men for attacking him when he went to AIADMK office on Wednesday afternoon.

Thilakam has been admitted at the Government Royapettah Hospital (GRH) for his treatment for injuries he suffered when he was attacked at AIADMK office.
Sasikala Pushpa too had sent complaint to home secretary and senior police officials saying that police should make sure that her husband is safe.

When asked about the allegations of karate master Shihan Hussaini on Jayalalithaa’s death, Ponnaiyan said, “They are baseless charges. World class doctors from London, the AIIMS and Singapore had given her world class treatment. There is nothing to conceal about her death”. 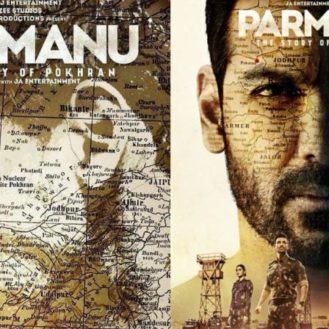