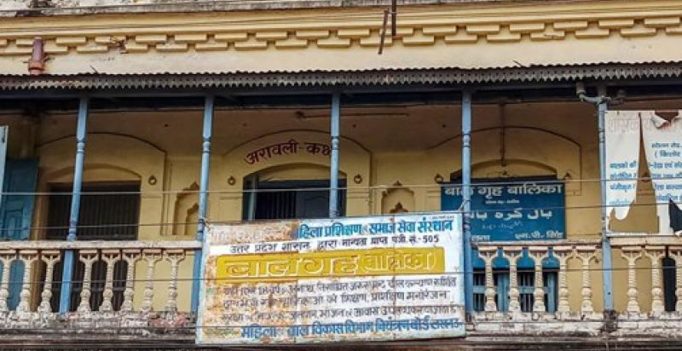 A view of the shelter home from where girls were rescued after allegation of sexual exploitation of the inmates came to light, prompting the Uttar Pradesh government to swing into a damage control mode by removing the district magistrate and ordering a high-level probe, in Deoria. (Photo: PTI)

Deoria: The girl who blew the lid off the goings-on at ‘Ma Vindhyavasini’ shelter home had called the place a jail when the police talked to her. On Sunday, a fleeting opportunity presented itself to her to break free.

She was mopping the room and shelter home manager Girija Tripathi was busy on the phone, the girl told the police. She ran out to the police station.

After a raid at the place on Sunday night, police said 24 girls were rescued. Eighteen others were missing, they added amid suspicion that the inmates were being subjected to sexual abuse.

On Wednesday, District Magistrate Amit Kishore and Superintendent of Police Rohan P Kanay said a register at the shelter home had 41 names. Of them, all but seven have been traced, they added.

The premises also housed a home for young children.

The names of seven, most of them below 10 years old, were registered there. But the police did not come across anyone of them.

The girl who escaped told police that some girls used to be taken away in cars that were parked outside, and would be brought back to the home the next day.

During a visit to the shelter home, now sealed, a PTI correspondent was told by local residents that no one in the neighbourhood ever saw any girl on the terrace or outside the home run by the ‘Ma Vindhyavasini Mahila Prasikshan Evam Samaj Seva Sansthan’. But they confirmed that cars used to come there in the evening.

Although the licence of the shelter home was suspended in July 2017, the local police had continued sending rescued girls there as no other protection home for girls exists in the area.

As recently as July 26 and 27, Chauri Bazaar police and Barhaj police had sent two girls to the shelter home.

The shelter home is in front of the Deoria railway station and many shops, including a diagnostic centre, function from the same building.

Next to the building, there is a lane into which two back doors of the shelter home open. There is a liquor shop in the same lane and some local residents allege flesh trade goes on in the neighbourhood.

“Cars used to come in the evening but I was not aware of the purpose,” a local resident, who didn’t want to be named, said.

He said there was never any problem or quarrel with the people in the cars. “So it never crossed our minds why the cars came and where they went,” he said.

Another shopkeeper said, “Once I noticed girls in a car and I thought they were going for some event.”

A man standing near the shelter home said, “I noticed cars in the evening and also sometimes saw people who looked like officials, but I never came to know their purpose.”

The home is on the upper floor. The stairs reach right into a room, people who are aware of the layout said. Inside there are six other rooms, a kitchen, a toilet and a balcony, they said.

The Uttar Pradesh government recommended a CBI inquiry into the Deoria shelter home case on Tuesday, hours after a girl missing from there was found at an old age home run by the same NGO in Gorakhpur.

Police said the girl from the Deoria shelter should not have been at the Gorakhpur home, as it is meant for the elderly.

A rescued inmate had told police that some girls from there used to be taken to Gorakhpur.

UP Women and Child Welfare Minister Rita Bahuguna Joshi has admitted that there had been laxity at the district level in not shutting down the Deoria shelter even after a closure order in 2017. 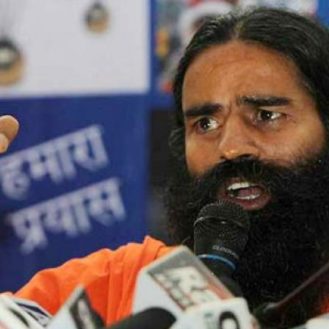 NASA on September 2 released a batch of close-up pictures taken by the Juno spacecraft last week when it flew within 2,500 miles of Jupiter’s…