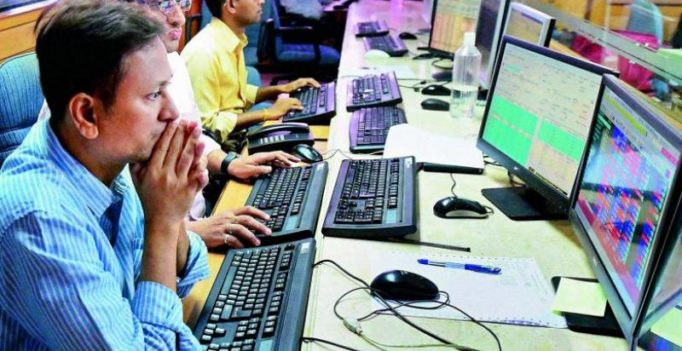 Mumbai: The benchmark BSE Sensex started on a negative note, shedding over 100 points on Wednesday, on weak global cues and rupee depreciation against the US dollar.

Asian shares fell across the board, following an overnight drop in US stocks. Rising US bond yields and crude oil prices too worried investors. Market sentiment also turned cautious ahead of April derivatives expiry due on Thursday.

Major losers were NTPC, Dr Reddy’s, ONGC, Tata Steel, Asian Paint and Sun Pharma, falling up to 1.29 per cent. Sectoral indices led by power, banking, capital goods, realty, IT, PSU and metal stocks were trading in the negative zone, falling up to 0.82 per cent.

On the other hand, Bharti Airtel was the biggest Sensex gainer, rising nearly 3 per cent.

The company, along with Idea Cellular and Vodafone Group, on Wednesday announced an agreement for the merger of Indus Towers and Bharti Infratel to create the largest mobile tower operator in the world outside China with over 163,000 towers across 22 telecom service areas.

Airtel, however, reported its lowest quarterly net profit in at least 14 years yesterday. Other gainers were Wipro, TCS, Adani Ports, Infosys and RIL, rising up to 1.90 per cent.

Brokers said sentiment turned weak on sustained capital outflows by foreign funds amid a weak trend in other Asian markets following overnight weakness at Wall Street after the 10-year treasury yield briefly touched the 3 per cent level for the first time in four years.

In the Asian region, Japan’s Nikkei fell 0.65 per cent, Hong Kong’s Hang Seng shed 1.07 per cent in early trade. China’s Shanghai Composite index too was down 0.59 per cent. 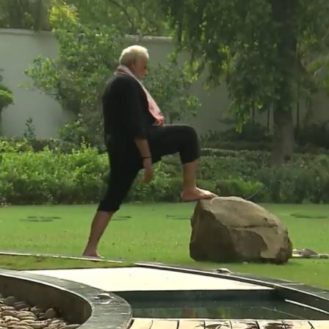