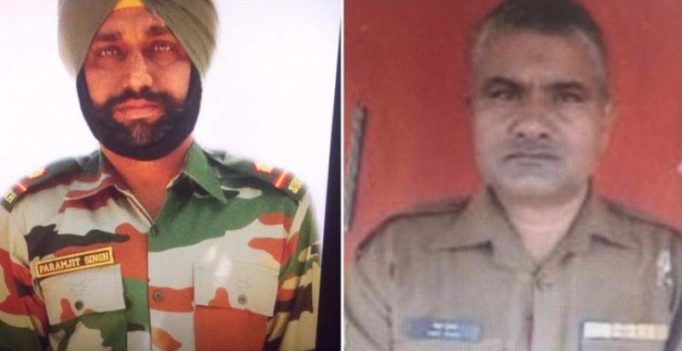 Naib Subedar Paramjeet Singh of 22 Sikh Infantry and Head Constable Prem Sagar of 200th Battalion of BSF, who were killed and mutilated by Pakistan Army.

Jammu: The BJP in Jammu and Kashmir hit out at the political leaders in the state on Tuesday for not condemning the mutilation of bodies of two soldiers by Pakistan’s BAT and killing of seven innocent Kashmiris by militants in Kulgam.

BJP State General Secretary Narinder Singh said that the leaders issue lengthy statements whenever a terrorist is killed, but remain silent when our soldiers are martyred or innocent civilians are killed by the terrorists.

Warning the Kashmiri leaders that they have been exposed by not condemning the two incidents, he said “Beware, these venomous snakes (separatists and militants) whom you are giving shelter and allowing them to grow in your backyards will one day finish you.”

The BJP leader alleged that it was obvious that the sympathies of these leaders were with the separatists and terrorists, and they subscribe to the salafi jehadi philosophy of ‘either follow us, else be prepared to be killed’.

He condemned the “barbaric and uncivilised act” of the Pakistan army wherein after a ceasefire violation its border action team mutilated the dead bodies of two Indian soldiers.

He also condemned the killing of seven innocent Kashmiri (five policemen and two bank employees) at Kulgam by terrorists while the former were performing their duty.

The BJP leader said looting of Rs 50 lakh from the J&K Bank cash van and snatching of weapons was also a serious matter and threat to the security to common people. 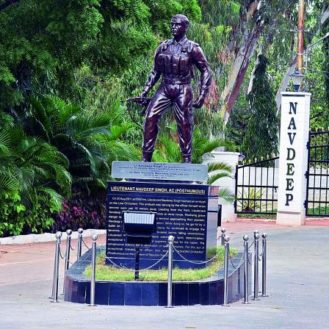