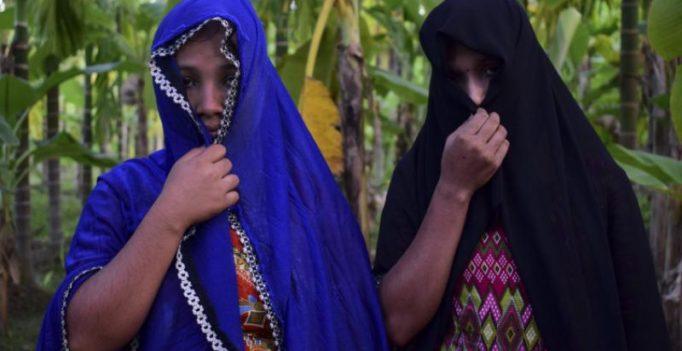 Cox’s Bazaar: As Rohingya women struggle to access even the very basics such as food and water in Bangladesh’s overcrowded camps, a flourishing sex trade offers cash in times of desperation.

Four women entered the clean-swept mud hut, took off their black shawls and sat cross-legged on the floor. When asked if they sold sex, the women stirred uncomfortably and were silent. Later, after cups of tea, the question came up again.

The women caught each other’s eyes. Slowly one of them walked across the room to shut the door, another blocked the window. Darkness fell in the small, humid hut and voices turned to whispers.

“If anyone finds out what we do, they will kill us,” murmured 26-year-old Romida. More than 600,000 ethnic Rohingya, a Muslim minority in Myanmar, have fled attacks by the Myanmar army since late August, fleeing across to border to southern Bangladesh in the world’s fastest growing refugee crisis. In Kutupalong, the biggest camp, the sex industry is thriving. Many of the sex workers are longer term residents of the Bangladeshi camps, but the influx of tens of thousands more vulnerable women and girls is expected to fuel the trade.

“At least 500 Rohingya prostitutes live in Kutupalong,” said Noor, who works as a fixer, but many have lived for years in the camp which was established in 1992. “Recruiters now have their eyes set on the newcomers,” she added. UN agencies say they have no figures on the numbers of sex workers in the camps to make public.

“It’s hard to come by numbers and we don’t collect data on how many sex workers are in the camps,” Saba Zariv, an expert on gender-based violence at the U.N.’s population agency UNFPA told the Thomson Reuters Foundation.

A recent report from UNICEF, the U.N. children’s fund, UNICEF report said that in the chaotic, unorganised camps, children and youths could fall prey to traffickers and people looking to exploit and manipulate them. From tight-knit conservative Muslim communities, the Rohingya often turn a blind eye to prostitution. “People pretend that it doesn’t exist,” said Noor. “The girls meet their Bangladeshi clients outside the camps. They don’t sleep with other Rohingya. Our communities are tight and rumours could spread easily. Each girl wants to appear pure.”

Many of the prostitutes are children who eat no more than one meal a day and don’t attend school. They work secretively without even their parents knowing. Rena, 18, who has lived in the camp for the past decade was forced to marry an alcoholic two years ago. “He mistreated me and beat me,” she said. Her abusive husband ran and  left her when she gave birth to her first son. Feeding her child became impossible.

“That’s when I decided to become a sex worker. I was only 16, but it was out of desperation. I needed money.” Fourteen-year-old Kamru, who also sells sex, arrived years ago in a previous wave of Rohingya refugees. She has never been able to attend school because her family is too poor. “The camp is all I remember. I grew up here, but I was always hungry,” said the teenager, who like all the women and girls did not want to reveal her full name.

Sex workers share common traits: poverty, abusive family members and lack of funds make them vulnerable enough to be trafficked into the camp’s sex industry. “If aid agencies can’t manage to provide people with their basic needs, the risk of trafficking grows – if we can’t establish a sustainable mechanism here and aid tires out, we could see trafficking levels rise,” said Lisa Akero, gender protection specialist at the International Federation of Red Cross and Red Crescent Societies (IFRC).

Romida had been left hungry and malnourished and saw prostitution as the only way she could survive. “I told myself I’d do anything. I didn’t have a choice.” Her first client was a Bangladeshi friend who convinced her to have sex with him for 1,000 Taka ($12).

“He paid good money,” she recalled. “The going-rate is 200 ($2.50) and my fixer takes half of it.” The business largely operates by phone calls, with pimps informing the girls where to go and who to see. On average, Romida has three male clients a week – and daren’t risk taking on more for fear of being found out. “I sometimes travel as far as Cox’s Bazar city, which is a two hour drive. Whenever I leave the camp, I have to make up excuses. I pretend to be visiting relatives or taking a shift at the market.”

The Rohingya women meet men of all backgrounds – from university students to local politicians. In a brief phone conversation, Ali, a 23-year-old Bangladeshi student told the Thomson Reuters Foundation that he sleeps with prostitutes occasionally, but when he eventually marries he would expect his wife to be a virgin.

Most clients don’t use condoms, the women said. “I take birth control injections, but I worry about HIV every day,” said Romida. She has never been tested for sexually transmitted diseases.

Half an hour’s drive away from the muddy, chaotic camps, surrounded by green rice paddies, local charity Pulse has set up a safe house for refugees that can host up to 30 women. Due to open in the coming days, the dormitory-style apartment is newly refurbished and has a psychologist on site.

“The girls who come here might not want to talk about what is happening in their lives as they could be in danger,” said the shelter’s manager Kurshida Aktar, adding that all vulnerable women are welcome: victims of rape, single mothers and sex workers.

“We’re creating an opportunity for women to rebuild their lives, access basic needs, have an outlet to talk and receive job training,” said Aktar. But the four Rohingya women who agreed to speak were largely unaware of such services. “We don’t ask about it for fear of being found out,” said Kamru, the youngest of the girls.

As she walks outside the house, she slips into her black burqa, covering all but her eyes. “I have to take it off when I’m with my Bangladeshi clients,” she said. “But in the camp it’s my way to stay anonymous.” 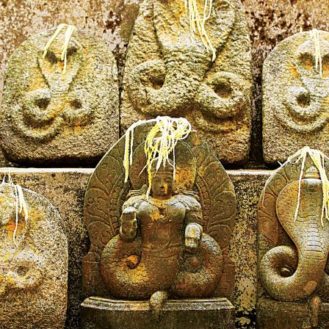 Researchers studied three groups of Olympia oysters from different areas of the California coast where the influence of rainfall on seawater salinity varies. (Photo: ANI)…