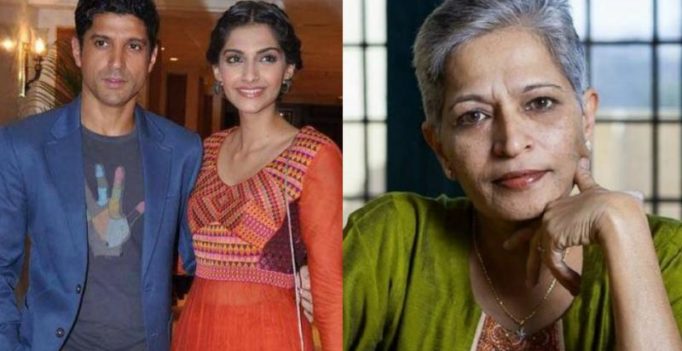 Sonam Kapoor, Farhan Akhtar were among the celebrities who expressed shock and anger at Gauri Lankesh’s murder.

The Kannada journalist-activist, known for her left-leaning outlook and forthright views on Hindutva politics, was shot dead by unidentified assailants at her residence on Wednesday night.

While Sonam wrote, “Truth alone prevails. Your voice will be heard and shall turn into an echo towards justice. #GauriLankeshMurder.”

Mirza tweeted that the incident was “deeply disturbing” and the perpetrators “must found and punished”.

“To kill someone for their views is not Democracy, its beginnings of a Banana Republic, where violence speaks louder than words #GauriLankesh,” wrote filmmaker Shekhar Kapur.

Director Vivek Agnihotri said, “#GauriLankesh was in my batch at IIMC. An idealist leftist. In the end, became victim of the same politics she believed in and fought for.”

Director Onir raised his voice, saying, “What a shame for the entire nation. #GauriLankesh killing is a blot on our democracy and is an attack on indie press.”

Lankesh, 55, had returned home in her car and was opening the gate when motorcycle-borne assailants fired at her indiscriminately, with two bullets hitting her in the chest and one on her forehead, police officials said. 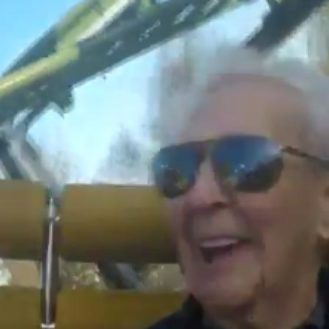