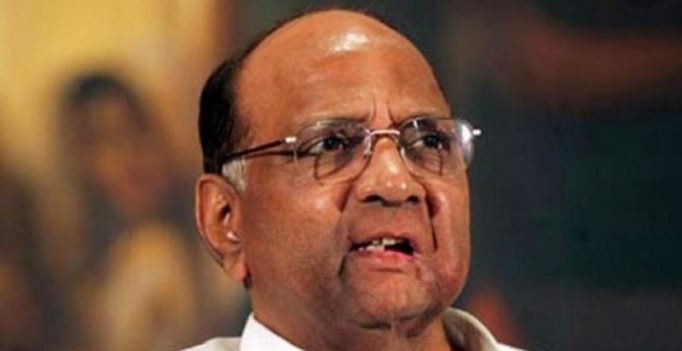 Mumbai: Stating he was “happy” that Congress president Rahul Gandhi has made it clear he was not driven by prime ministerial ambitions, NCP chief Sharad Pawar on Monday said the aim should be to vote out the BJP and that any party in the Opposition getting the maximum seats after the 2019 polls could claim the top post.

“Let elections take place, remove these people (BJP) from power. We will sit together. Whichever party has got more seats can claim the prime minister’s post,” Pawar, 78, said.

“And I am happy that the Congress leader (Rahul Gandhi) has also said he is not in the race for the prime minister’s post,” he said at a party meeting in Mumbai.

Pawar pressed for forging alliances of anti-BJP parties at state level and favoured picking up the prime ministerial candidate after the election results, as happened after the 1977 and 2004 general polls.

Raising concerns over the alleged instances of EVM tampering, Pawar asked the Election Commission to revert to using ballot papers during polling.

Congress leaders Ashok Gehlot and Ashok Chavan and NCP leaders Praful Patel and Jayant Patil would discuss seat sharing between the two parties in a week or two, he said.

Pawar’s remarks come a day after the Congress president said he was not driven by an ambition to become prime minister.

“I don’t have these visions. I view myself as fighting an ideological battle and this change has come in me after 2014. I realised that there’s a risk to Indian state, to Indian way of doing things and I’m defending that,” Gandhi had said.

Lok Janshakti Party leader and Union minister Ram Vilas Paswan said on Saturday said that there was no vacancy for the post of prime minister in 2019. The united opposition front should start worrying about the 2024 elections, as Modi faces no challenge in 2019, he had said.

Pawar recalled how parties came together in a post-poll arrangement to dislodge incumbent parties from power in 1977 and 2004. In 1977, Congress tasted defeat and non-Congress parties had come together to form government led by Moraraji Desai. The Congress-led UPA was formed in 2004 after elections against the Atal Bihari Vajpayee-led NDA.

“In 2004, no (non-BJP) party had majority. No leader or party was projected (as prime ministerial face). The BJP had then launched a massive India Shining campaign but was defeated,” Pawar said.

“Similarly, Narendra Modi is a strong competitor (now). But don’t worry, the common man of this country is more aware and smarter than us,” Pawar said.

The Maratha strongman said he would “try to go to each state and make regional parties which are not with the BJP to join us (the opposition alliance)”.

He noted that Congress is strong in Gujarat, Madhya Pradesh and Rajasthan.

In Uttar Pradesh, Mayawati-led BSP and Samajawadi Party headed by Akhilesh Yadav are strong, he said.

“Situation is different in each state. Hence, we will have to get along with parties which are strong in each state,” the former Union minister added.

When asked if the MNS would be part of the anti-BJP alliance, Pawar said this issue hasn’t been discussed.

Pawar said MNS chief Raj Thackeray met him on Sunday and expressed “strong views” about the alleged misuse of EVMs.

“There is substance in what he (Thackeray) says. He insisted the (non-BJP) parties should take a stand on this,” Pawar said.

Meanwhile, Congress leader Sanjay Khodke, who was expelled from the NCP in 2014, formally rejoined the party. Khodke was expelled for “anti-party activities” after he opposed party decision to field Navneet Rana as the candidate from the Amravati Lok Sabha constituency. 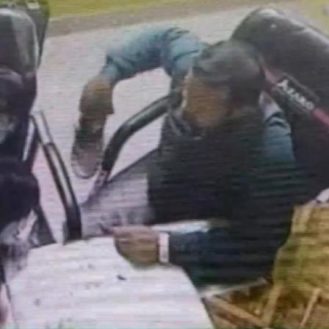