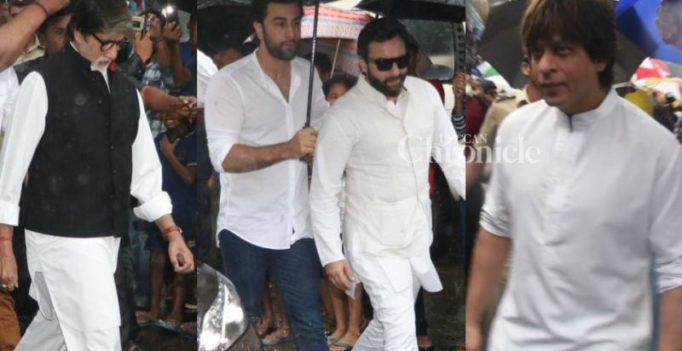 Mumbai: The skies opened up on Tuesday as legendary Bollywood actor Shashi Kapoor, the romantic screen icon of the 70s and 80s, was cremated with state honours at the Santacruz Hindu crematorium.

The long-ailing actor passed away on Monday evening at the Kokilaben Dhirubhai Ambani Hospital here. He was 79.

Shashi Kapoor was given a state funeral, which was held amid massive security around 12 noon.

The actor-producer’s body was taken to the crematorium from his Juhu home in an ambulance at 11.45 am.

His three children — sons Kunal and Karan and daughter Sanjna — were there as were other members of the Kapoor family and scores of film personalities to bid farewell to the actor who straddled the worlds of commercial and art house cinema.

About a dozen policemen draped the actor’s body in tricolour, which was later removed for the rituals. There were three rounds of fire to honour the late actor, who spent more than four decades in Hindi cinema.

This was followed by a minute’s silence. The actor’s body was given an electric cremation.

Hundreds of fans with umbrellas and raincoats gathered at the crematorium, undeterred by the warnings of a cyclone and heavy rain.

Writer Salim Khan, who gave Shashi Kapoor the iconic one-line “Mere paas ma hai” in ‘Deewaar’ along with Javed Akhtar, was there as well.

An emotional Bachchan, who also visited the veteran actor’s residence to pay their respects, was seen hugging the actor’s family members.

Sanjay Dutt, Naseeruddin Shah, Anil Kapoor and Aamir Khan were amongst those present at the residence for a prayer meet earlier in the day. 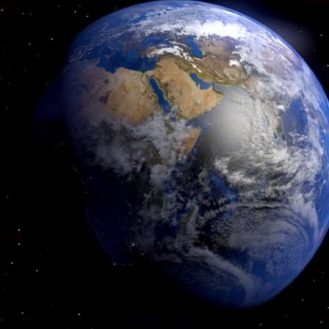 He translates what therapists say into the bedroom (Photo: YouTube) New York: People across the world keep talking about their dream job or a career…