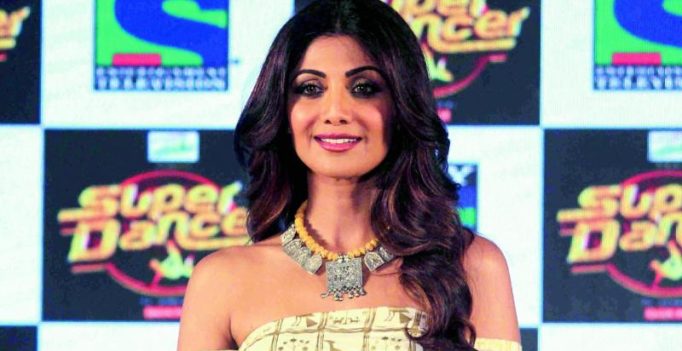 Shilpa Shetty Kundra is all set to judge an upcoming kids dance reality show called Super Dancer, along with director Anurag Basu and choreographer Geeta Kapoor. At the launch of her show we caught up with the elegant Mrs Kundra and got her to spill the beans about the show, rumours of discord in her marital life and more. Excerpts:

You are gaining notoriety as a health freak on the sets. Geeta and Anurag have also been complaining they’re forced to eat discreetly because you don’t let them eat anything.
I was just telling them that most people take care of themselves once they face a problem or they realise they have high cholesterol, diabetes or they’re becoming obese. I just take precautions and insist that others too should stay healthy. I really believe that when you start taking measures early, you can actually delay the ageing process.

We hear you cry a lot while turning down a child on the show. How will you do justice to your role as a judge on Super dancer?
70 per cent of these children are under privileged. There is one child whose mother works as a house help. She doesn’t even have money to buy the child clothes. Then we had a child who had rickets. He was doing things, which I could not even imagine. Then there is a child who is deaf and dumb. He can’t even hear the music and he is dancing. I can’t be unemotional; I think they have got a wrong judge. It’s going to be very difficult. They love it because they are making me cry. I want to shoot the producer. I looked at him and said I will need psychiatric help after this.

There were reports of trouble in your marriage. Were you having issues with Raj?
Kya sochkar likhte hai yaar. My friends were so embarrassed. I think some of them were having a party and they were scared to call me and Raj. I got to know from them that my marriage was in trouble, as I was travelling at that time. I just think it is a part and parcel of being a celebrity. People are bound to write rubbish many a times. I have taken it up my stride but that was very distasteful. I love my husband. He is my soulmate. I think, because I was quiet it kept snowballing. Thank god it’s over and done with.

You have done many item songs yourself and then you raised a stink over how the word ‘item’ belittles a woman. Isn’t this having double standards?
I am not at all apologetic about the stuff I have done. I have done Ek Chumma Tu Mujhko Udhar De De and because of which I’ve had cases filed against me. I am just saying that don’t use the word ‘item’. I’m not saying that I had issues doing those songs or I should not have done them at all. I am here to act and entertain.