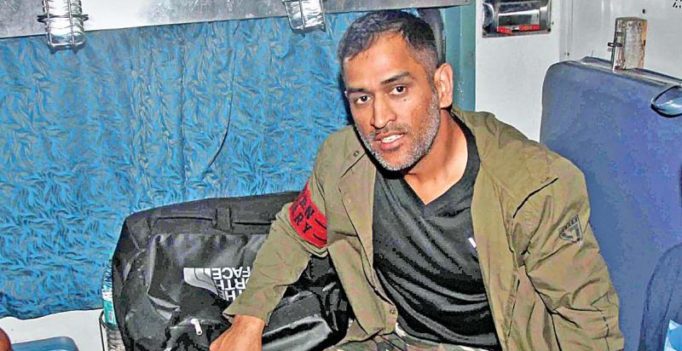 In pre-Independence India, the British administration used to famously complain that safeguarding Mahatma Gandhi’s security during his padayatras and train travels across the length and breadth of our vast land, particularly as the Father of the Nation insisted on travelling third class, was fraught with untold administrative problems.

Half the police force and security personnel had to be pressed into service to ensure the Mahatma came to no harm. To consolidate and paraphrase periodic statements on the subject by British officials: Keeping the Mahatma safe in open, public spaces when he himself held no fear for his life, was a frightfully expensive and tension-ridden business. That just about summed up their collective view.

One was reminded of the past travails of keeping Gandhiji safe (a task that finally proved beyond a free nation’s scope, courtesy Nathuram Godse’s pistol), when a much lesser mortal, but not lacking in charisma and massive public appeal, former India cricket captain and icon, Mahendra Singh Dhoni decided recently to travel by Indian Railways on the Kriya Yoga Express from Hatia in Jharkhand to Howrah Station in Kolkata, as part of the Jharkhand cricket team which he was leading in a series of first class matches in Kolkata.

All efforts to persuade MSD to consider alternative, more comfortable and less public forms of transport, failed to convince one of India’s most celebrated sportsmen. The fact that Dhoni, as the whole world knows by now, started his professional life as a ticket inspector in the Indian Railways, added a piquant touch to his insistence on travelling (for the first time in 13 years), with his colleagues by train.

Lest the Indian public should suffer from amnesia, the recently released film, M.S. Dhoni—The Untold Story, captures this part of his life endearingly. Social media has been buzzing with comments and photographs showing Dhoni in his compartment, unkempt beard et al, looking calm and unflustered, as is his wont.

All right, cool if you insist given the C-word has become his inseparable, hyphenated moniker. An interesting sidelight, which has been highlighted by Dhoni watchers, is that when the train, en route to Howrah, stopped at Kharagpur station at 4 am, where he did his brief ticket-inspecting stint, Dhoni and his fellow team members were fast asleep, oblivious to the crowds that had gathered on the platform to obtain a glimpse of our hero!

Alas, they had to return home disappointed, with only the bare knowledge that one of those compartments housed the man who won India the World Cup – to provide some succour and talking point.

“Hey, guess what, I saw the compartment where Dhoni was fast asleep. If you think I am bluffing, here’s a picture of the compartment!” Hero worship in India has no limits.

Speaking of VIPs on trains, I can narrate a true incident which occurred over 30 years ago. The late Mansur Ali Khan Pataudi, who would not touch an aeroplane with a bargepole, if he could help it, travelled by train from Madras to Delhi – First Class AC – naturally! It so happened a niece of mine was in that same compartment, and on arrival in New Delhi, invited the charming Nawab to our uncle’s home for a drink. Which the great man sportingly accepted, and I can confirm this, because I happened to be serendipitously there that evening.

No security, no bandobast, no fuss. Just a graceful and iconic member of Indian royalty, a cricketing folk-hero, happy to accept an invitation from a starry-eyed fan who was a total stranger.

In today’s context, such a happenstance would be quite unthinkable, given that our sports heroes (read cricketers donning national colours) are securely covered in mothballs and preserved in aspic.

That’s the funny thing about long journeys. You are apt to come across famous people when you least expect to. So much so that your initial reaction is to freeze, your eyes widen and you turn to your travelling companion and nod knowingly, who in turn nods in conspiratorial assent.

As to whether you should strike up a conversation, make small talk, ask for an autograph or selfie, all this will depend entirely on your state of mind, and that of your quarry. The celebrity wants to be left completely alone and you are trying to figure out ways to nonchalantly achieve precisely the reverse.

The opposite end of that spectrum is to feign complete indifference. So what if it is Amitabh Bachchan sitting next to me, I am going to pretend that I have no idea who this tall person is.

Not that I am ever likely to be in such a position, but I am just fantasising. “I am sorry Mr Bachchan, for failing to recognise you. I never watch Hindi films. Sholay? Hmmm, yes, rings a bell. Is that the one where Shashi Kapoor delivers that killer punch line,’Mere paas Maa hai’?”

Speaking of the tall one with the baritone voice, I did once attend a private party in Calcutta many moons ago, at a well-known journalist’s home, where ‘Amitji’ was the star guest, amongst a handful of corporate honchos and political bigwigs.

A hilarious incident occurred at that party. Just when it became apparent that no more guests were expected, the doorbell rang. A neighbouring couple with two children, all dressed to the nines, clearly uninvited, stood brazenly outside and requested that they be photographed with the Big B.

They had got wind of the star’s presence. Just as the security staff were vainly attempting to shoo them away, the great thespian did something amazing. He went to the door, spoke gently to the thrilled, interloping family, posed for a photograph and sent them on their way. No fuss. “I think it was better this way, else they would have hung around, inviting trouble and more neighbours,” said He in dulcet tones. That’s class for you.

So there you are. You never know when or where you’re going to run into a celebrity – on planes, trains or automobiles. Or indeed, at a dinner invite. In the ultimate analysis, they are just ships that pass in the night. Or, perhaps, trains.

(The writer is a brand consultant who loves music, cricket and good humour) 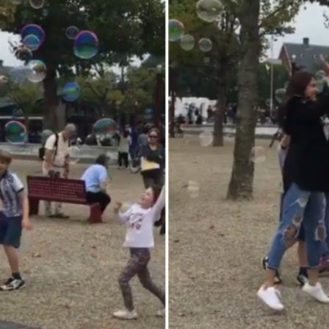