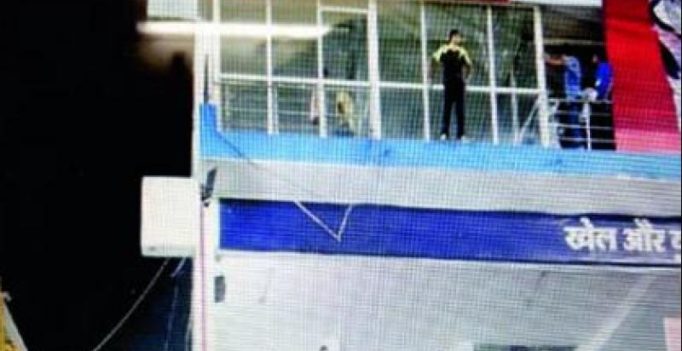 Bhopal: In a replay of the classic Hindi movie Sholay, a hockey fan mounted the railing of the pavilion in the Esbag stadium here, on Wednesday evening, when the final match of the Obaidullah Khan Heritage Cup, 2016 was in progress, and announced that he would jump, leaving spectators stunned.

There was commotion in the stadium as 21-year-old Siraj Khan, the son of a former hockey player and Hockey India official, suddenly appeared at the railing of the commentators’ box in the pavilion and announced his intention to jump.

He was seen moving dangerously on the edge of commentators’ box, prompting organisers to try to talk him into coming down safely. The organisers were also seen offering the man money and food, persuading him to call off his suicidal plan.

Khan, however, continued to keep the entire stadium on tenterhooks by appearing to stick to his original plan. Soon, the police was alerted. A net was spread below the pavilion to ensure Khan’s safety, if he actually jumped.

A rescue team tried to reach him, but they withdrew when he threatened to jump if any attempt was made to bring him down. A crane was also arranged to safely bring the man down. However, he climbed down on his own before the crane reached him.

“Siraj is mentally unstable,” Altaf Khan, one of the organisers said.

The police, however, said Khan wanted to enact the scene from Sholay in which one of the protagonists, played by Dharmendra, was seen climbing a water tank in a village. 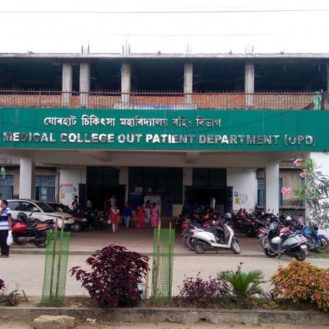