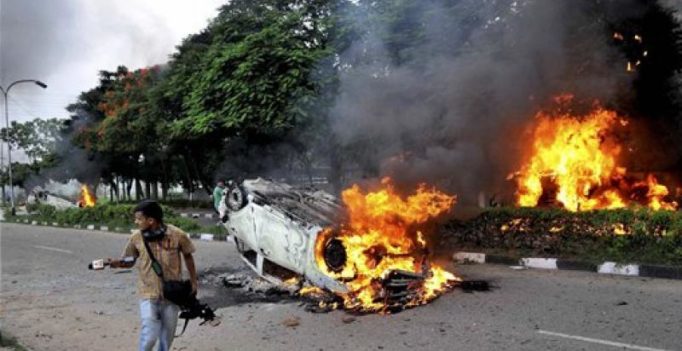 The Army has been called out in Sirsa to bring the situation under control. (Photo: PTI)

Sirsa: A Punjabi news channel reporter received injuries in attacks allegedly by followers of the Dera Sacha Sauda chief while the video journalist accompanying him has gone missing after the assault.

Rakesh Kumar, a reporter with PTC News, said he and his video journalist Shipendar Happy were attacked near the Dera headquarters in Sirsa when they went there to report after Dera head Gurmeet Ram Rahim’s conviction in a rape case.

“They thrashed us brutally leaving me with a fracture in my right hand. My cameraman Happy is still missing. They also torched our vehicle and equipment,” Rakesh said.

He said they wanted to talk to Dera followers on the court verdict but they were attacked instead.

“They started thrashing us and I could escape somehow. But Happy is still missing. I have sought police help to trace him,” he said.

The Army has been called out in Sirsa to bring the situation under control. Hundreds of police and paramilitary personnel are also trying to control the angry supporters of the self-styled godman.

Prashant Kumar, Additional Director General (ADG), Haryana Police, said there was “no confirmed report” of any casualty so far in Sirsa, but “some injuries in clashes between police and Dera followers” have been reported.

“We are assessing the law and order situation. So far the situation is under control in Sirsa, where the Dera Sacha Sauda is headquartered,” he said.

The Dera followers spilling out of the sect’s headquarters resorted to heavy stone-pelting on police and security personnel who used tear gas shells and water cannons to disperse them. 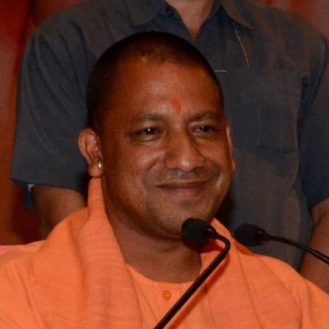