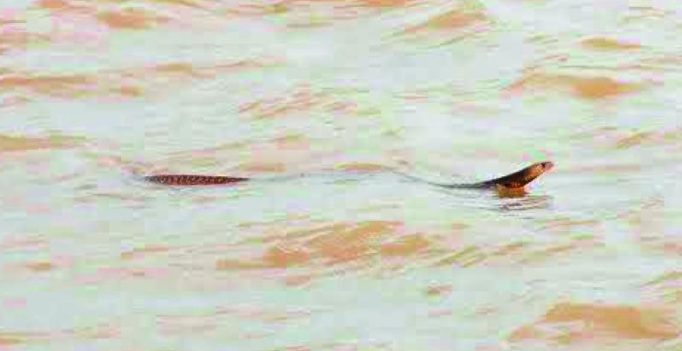 A snake gave some tense moments to the Kurnool SP and his team who were in a boat on the River Krishna.

ANANTAPUR: A snake gave some tense moments to the Kurnool SP and his team who were in a boat on the River Krishna near Sangameswaram temple in Kurnool district on Monday. SP Ake Ravi Krishna was on a surprise check in the Krishna River to check the ‘puttis’ (small boats) run on electricity mostly at Sangameswara Swamy temple area.

The temple has been has been submerged due to heavy inflows into Srisailam reservoir and only a part of the main gopuram was visible. The SP wanted to have darshan of the temple at its gopuram. As the electric boat carrying the SP neared the temple, a big snake appeared on the gopuram, apparently trying to reach dry land. The occupants on the boat noticed the snake after they reached close to the gopuram.

The snake tried to enter the boat, creating panic among the passengers, including the SP. As the panic-stricken occupants tried to evade the snake, the boat rocked to the side.  However, the boatman managed to avoid the snake which kept chasing the boat for some distance. 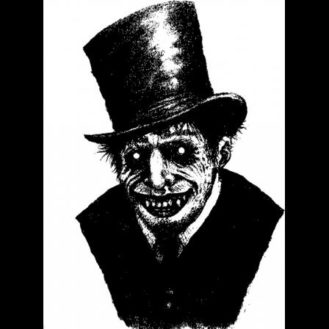 A man in Mumbai thought that plastering his car with Rs 2000 notes will be the best Valentine’s gift for his girlfriend. (Credit: YouTube) Flaunting…