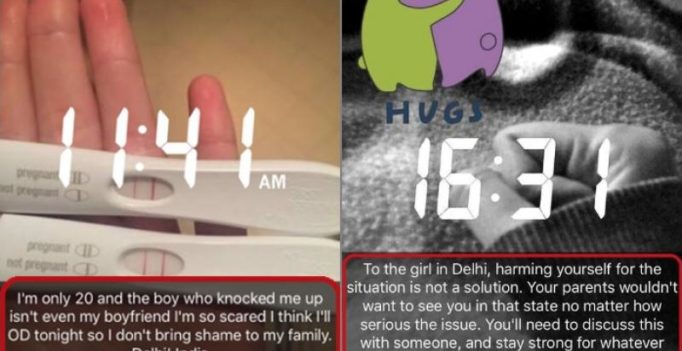 People sent love for her from across the world (Photo: Facebook)

New Delhi: People are at a high risk of being judged by society in India for actions which aren’t in accordance with societal norms or are seen as the society as immoral and against our “cultural values”.

Women are often judged for dating and are labelled as loose for being open about their sexuality. Getting pregnant out of wedlock is one thing that is sure to bring a barrage of judgmental comments and ostracisation from society, due to the stigma associated with it.

A 20-year-old from Delhi was afraid of a similar treatment from the society when she got pregnant out of wedlock and didn’t want to bring shame to her family. She had no one to talk to and wanted to end her life.

The girl who was alone and nervous reached out to the Germany based founder of a page called The Artidote named Jovanny Varela-Ferreyra and wrote, “I’m only 20 and the boy who knocked me up isn’t even my boyfriend I’m so scared I think I’ll OD tonight so I don’t bring shame to my family.”

Jovanny Varela-Ferreyra shared her message on Snapchat and the response was heart-warming with people sending their loves from across the globe and asking the girl not to end her life.

The girl was overwhelmed after getting so much love from people, and as a result decided against killing herself. The story was shared on the page by Jovanny. 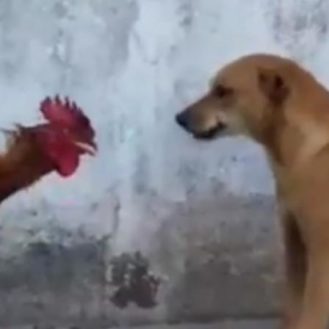 Govt rubbishes report that Indian currency is ‘Made in China’

An article said a Chinese state-owned company, China Banknote Printing and Minting Corporation, has been contracted to print currencies on huge scale of international countries…