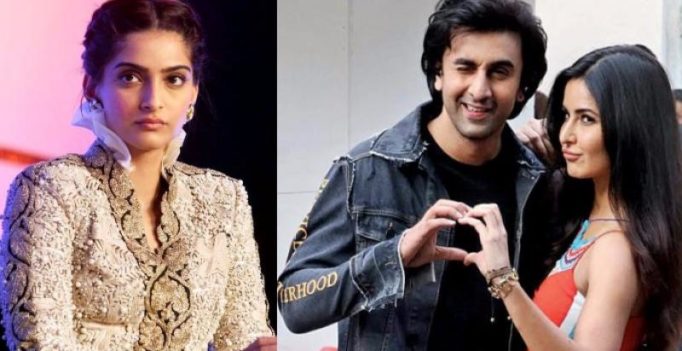 Sonam Kapoor (L) is often considered the undisputed queen of fashion in India and, from what her girl pals say, she is not ready to pass on the tiara to anyone. Also seen here are Ranbir Kapoor and Katrina Kaif (R) at an promotional event in Mumbai.

Mumbai: Actor-turned-producer Ranbir Kapoor and Katrina Kiaf are leaving no stone unturned to promote their upcoming detective drama ‘Jagga Jasoos’. During one of the promotional events, Ranbir made a comparison between his rumoured former love interest Katrina and fashionista Sonam Kapoor.

Ouch! Katrina refuses to shoot for a promotional video with Jagga Ranbir Kapoor

Talking about Katrina’s fashion sense, Ranbir had said, “Katrina is way ahead of people when it comes to fashion especially in India. She finds certain brands that nobody knows and she wears it 3 months before people get to know about it. That’s why maybe people don’t consider her (Katrina) like people consider Sonam Kapoor. I do believe there is some fashion icon somewhere inside her but she is very shy about it.”

To which, Kats added, “Sonam is incredible with her sense of fashion. I don’t have that and I just wear what I like.”

According to an entertainment website, one of the members from Sonam’s girl gang has told them about the diva’s reaction to Ranbir’s comment and it is not nice. The source reportedly said, “Though Sonam finds Katrina quite stylish, she feels Ranbir even trying to compare her and Katrina, is very silly and random. Sonam feels that she and Katrina are at completely different levels and that she has more knowledge in the fashion field than Katrina ever had. She does not feel that Katrina has been experimental at all with her style and looks.”

Sonam, who debuted in 2007 with Ranbir in Sanjay Leela Bhansali’s ‘Saawariya’ and was also rumoured to be dating him, feels the comparison was mere promotional stint. The source added, “She (Sonam Kapoor) feels it is a promotional stint by Ranbir for Jagga Jasoos. She also believes that when Ranbir and her start promoting their Sanjay Dutt biopic together, Ranbir will change his tunes accordingly.”

The queen is clearly not willing to share her crown with others! 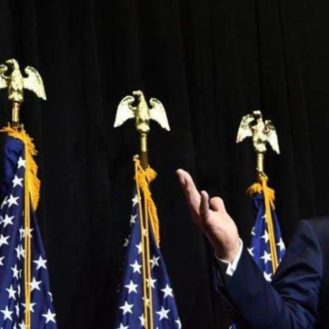 The storm had maximum sustained winds of 65 mph (100 kph) Sunday afternoon. (Photo: AP) Santo Domingo: The hurricane-battered islands of the Caribbean prepared on…